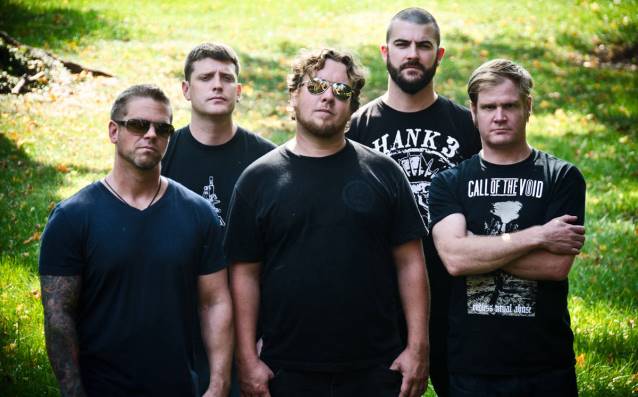 PIG DESTROYER has entered the studio to begin recording its sixth album for a tentative summer 2018 release via Relapse. The as-yet-untitled follow-up to 2012's "Book Burner" is being tracked at the band's own Visceral Sound Studios in Bethesda, Maryland with guitarist Scott Hull at the production help.

In other news, PIG DESTROYER has announced a few exclusive concerts for the winter. The band will tour the weekend of December 7-9 in California with DESPISE YOU, NECROT and labelmates CALL OF THE VOID. PIG DESTROYER will then kick off 2018 with two East Coast shows in New Jersey and in Long Island at Obnoxious Noise Fest. The group has also been confirmed for Maryland Deathfest 2018 on May 26 in Baltimore, Maryland.

"Book Burner" was released in October 2012 via Relapse. The CD featured nineteen tracks with a return to the band's raw, misanthropic sound.