One platinum and two gold discs originally belonging to the drummer of the JIMI HENDRIX EXPERIENCE are expected to take thousands of pounds in Ewbank's Auctions on May 27.

Mitch Mitchell, who completed the classic JIMI HENDRIX EXPERIENCE lineup alongside Hendrix himself and Noel Redding, played on all of the band's hits, incuding "Hey Joe", "Purple Haze", "The Wind Cries Mary", "Voodoo Chile" and "All Along The Watchtower".

When Hendrix died aged 27 in September 1970, Mitchell continued to work on the material they had been putting together from earlier in the year for the next studio album. This led to the posthumous release of "The Cry Of Love" in March 1971. It eventually went platinum, but before it did so, it went gold, commemorating the sale of 500,000 copies of the album and cassette.

Originally from Mitchell's estate, the gold disc is accompanied by a handwritten letter of confirmed provenance from his wife Dee, dated March 2021.

The second gold disc is for "Crash Landing", another posthumous Hendrix album, released in 1975, which Dee Mitchell has also confirmed came from her husband's estate.

Perhaps most exciting is Mitchell's platinum disc for "Bold As Love", the second studio album of the JIMI HENDRIX EXPERIENCE, released in December 1967, which made the top ten in both the U.S. (No. 3) and U.K. (No. 5) charts. Rolling Stone ranked it as No. 92 in the "500 Greatest Albums Of All Time". It almost never happened — and the release date had to be delayed — after Hendrix lost the master tape to side one of the LP in a London taxi. A quick remix solved the problem, but the group regretted the loss as they considered the quality of some of the remix not as good as the original. 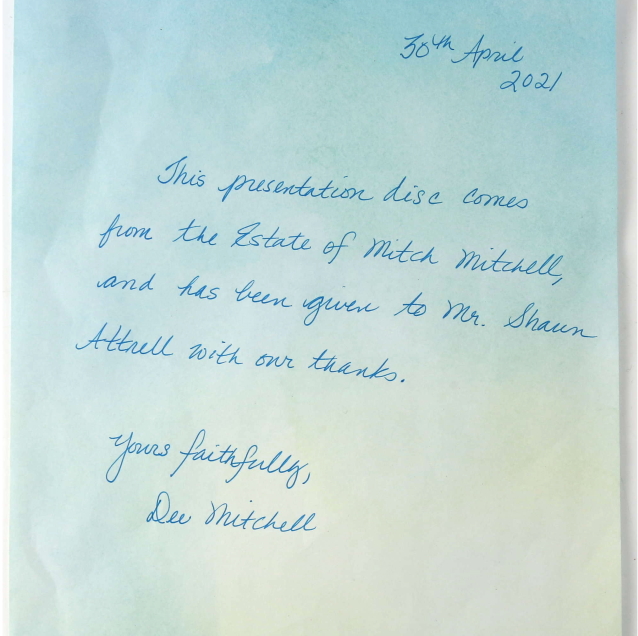 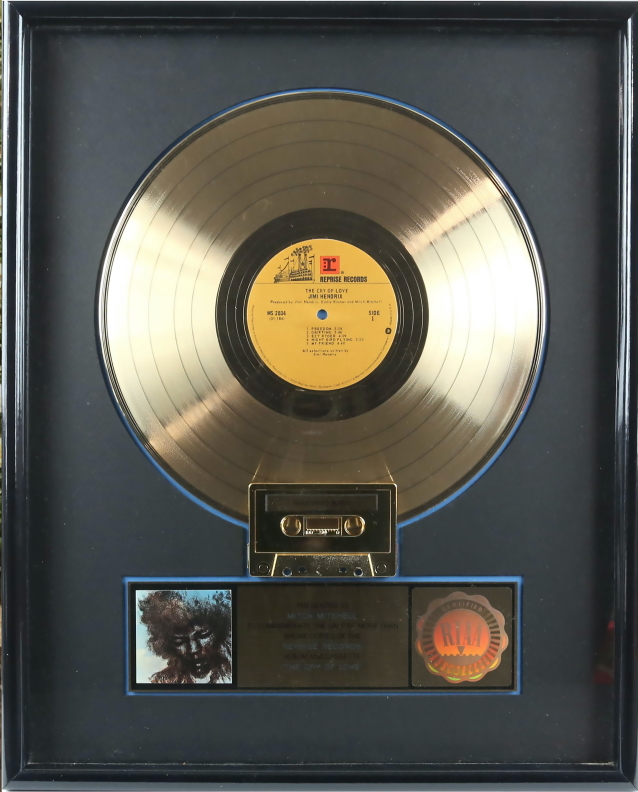 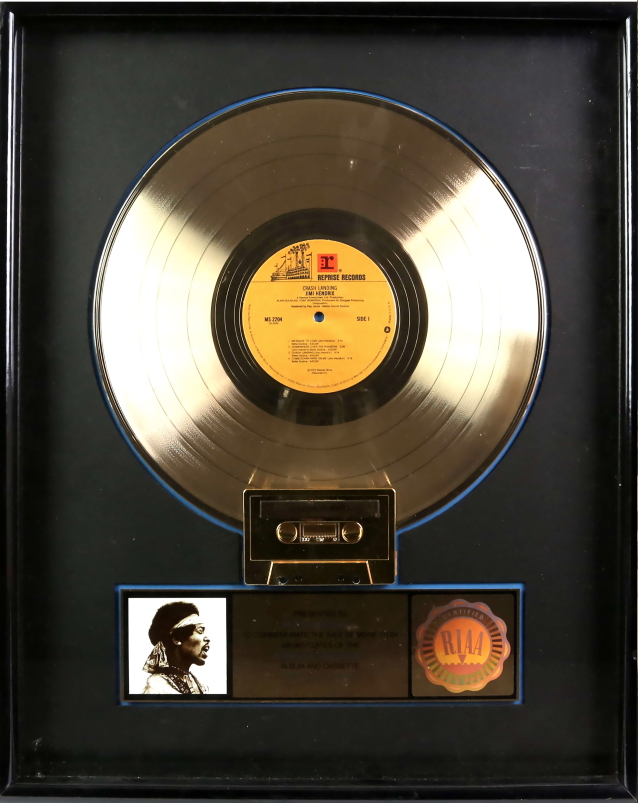 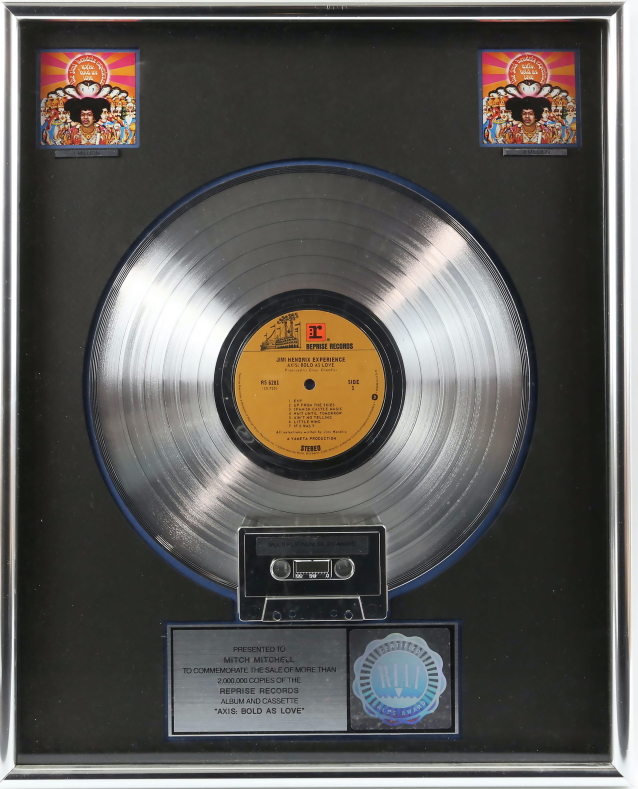