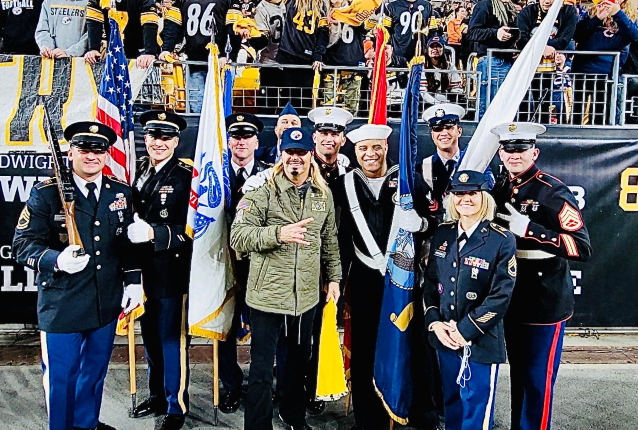 Michaels and the Steelers participated in the Salute To Service game, an annual NFL initiative which honors our nation's service members, veterans, and their families. Prior to the game, Michaels, Bleier and the Steelers fan of the year, army veteran Nelson E. Lowes conducted the legendary Terrible Towel twirl. The Steelers and Bleier also honored Michaels's late father, veteran Wally Sychak, with a dedication and donation to American Legion hall.

Michaels stated: "I could not be more honored to be on 'Monday Night Football' at Heinz field standing by Rocky Bleier and Nelson Lowes, saluting our veterans and service members around the globe."

POISON's "The Stadium Tour" with MÖTLEY CRÜE, DEF LEPPARD and JOAN JETT & THE BLACKHEARTS was originally scheduled to take place last summer but ended up being pushed back to 2021, and then to 2022, due to the coronavirus pandemic.

All photos are courtesy Bret Michaels 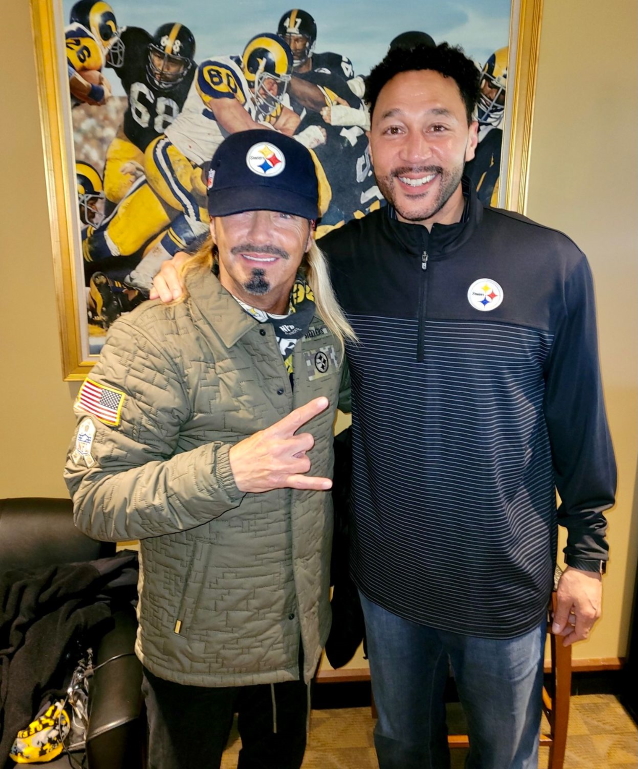 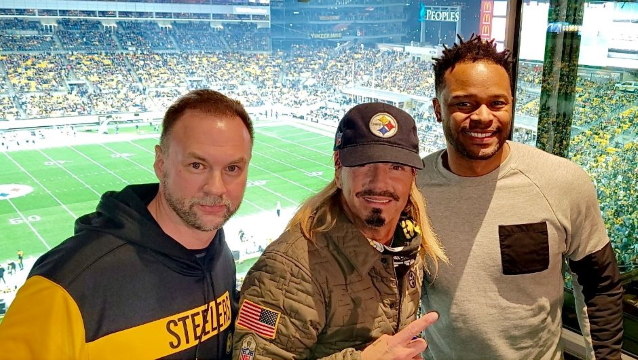 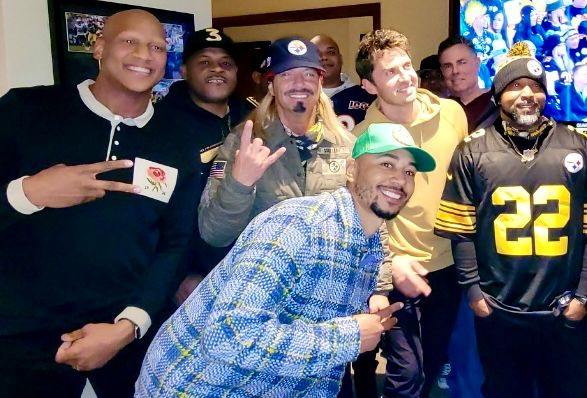 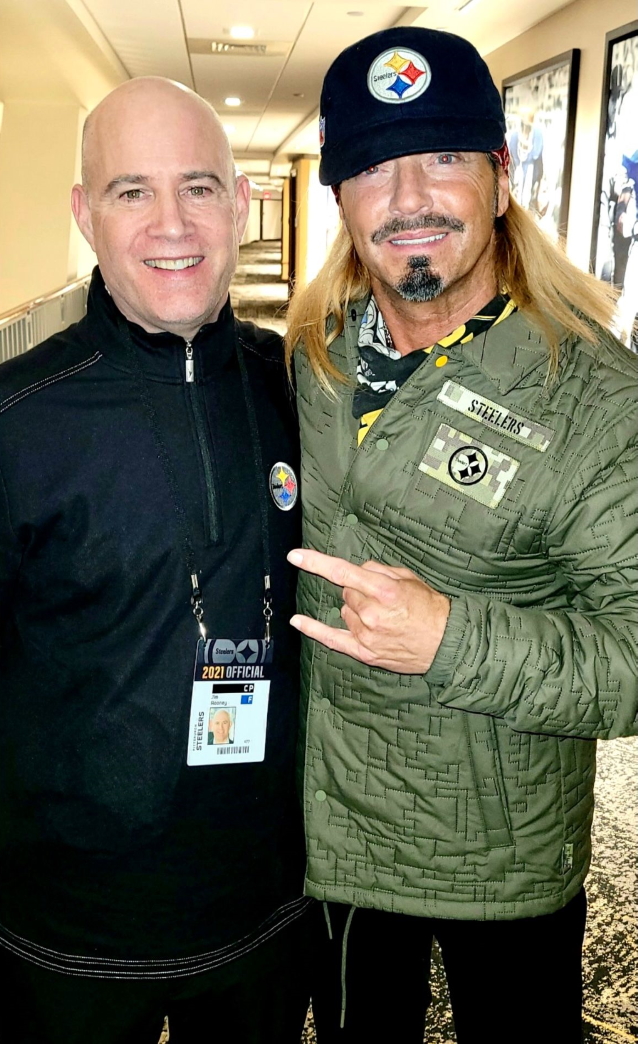 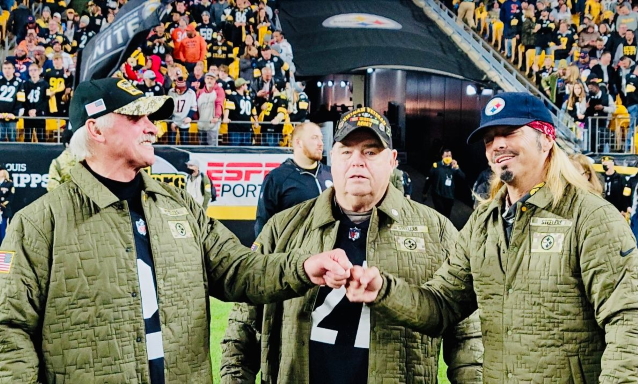 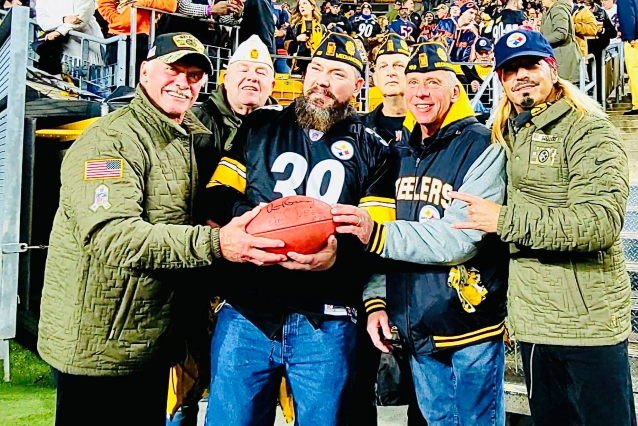 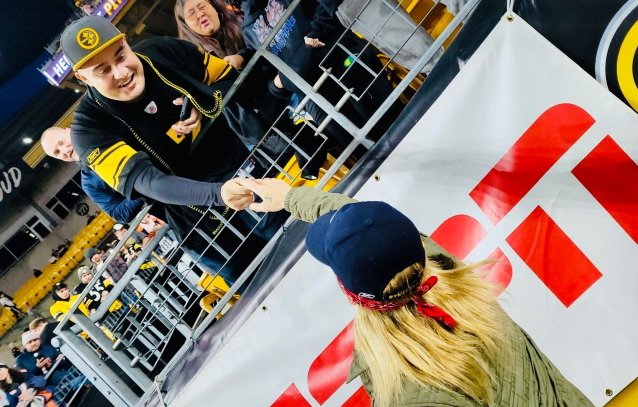