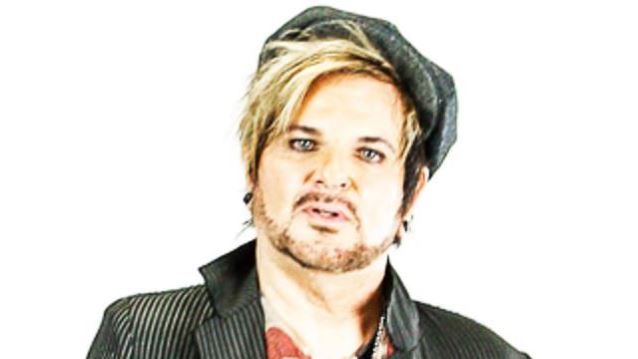 POISON's RIKKI ROCKETT: BRET MICHAELS 'Hasn't Wanted To Work With Us On An Equal Basis For Quite Some Time'

"It's been frustrating during the past few years because we [POISON] haven't been working very much at all. We've done a lot of corporate shows, but that's it, really, so that's been getting frustrating because I do like to record, I do like to create and make music and all of that kind of stuff. That's kind of why I finally said, 'You know what? I am going to go do this [DEVIL CITY ANGELS and THE SPECIAL GUESTS]. I'm going to make the move and do some different stuff.”

Rikki went on to say: "[THE SPECIAL GUESTS] came after the DEVIL CITY ANGELS, because we were out there touring... Bobby came out to a show in Florida and came up and played a song with us. [POISON] had been offered some shows that Bret [Michaels, POISON lead singer] wasn't interested in doing, so we looked at each other and went, 'Brandon's kind of an obvious fit to this, isn't he? Well, let's just do that. We can't say that we're POISON, but let's go do these.' That's pretty much how that came about."

Acccording to Rikki, "Bobby and C.C. were way more apprehensive [about launching THE SPECIAL GUESTS] because I had been working with Brandon for a while and I knew that he could handle it. I had no doubt in my mind that he could handle that pressure and that he wouldn't go out there and try to be Bret, ya know? That's something we would not want. A POISON fan wouldn't want it and I wouldn't want it either. He went out there and gave it justice, but then again, he wasn't out there trying to be Bret Michaels. I think people saw that, respected it and thought it was really good."

Rockett said that THE SPECIAL GUESTS' plans for the immediate future are still up in the air. He explained: "We've been asked to do a lot of things, but we're being very careful about what we do and how we do it. We're thinking about what our next step is going to be at this point in time. But there's only so much you can do."

He continued: "Bret hasn't really wanted to work with us on an equal basis for quite some time. At one point, you have to go, 'Well, my hands are tied here. Let's think of another way to go about doing this.' But I'm really not ready to do that..."

Rikki added: "I love playing rock 'n' roll and I love playing for big audiences, too. I've been very fortunate to be able to go out on a big stage, play my own drum kits and go off for three, four or five months and do what I love to do. That's the thing that POISON has afforded me to do, so I cherish that… I would love to do it more, but Bret's the wildcard here. He's the one that's been busy and has been less than willing to work with us on different things. I know Brandon would absolutely love to do it, so this all goes into when we consider what we are going to do with it moving forward."

Michaels is continuing to focus on his solo career and recently released the video for "Girls On Bars", his new rock-and-country-crossover track which was written with Grammy Award-winning songwriter Luke Laird.

Michaels was hopeful about the prospect of POISON touring next year when he spoke to Lancaseter Eagle-Gazette earlier this month. He said: "We have never broken up, even though we all go on and do other things. We are brothers. Next year will be the [32nd] anniversary and I'm sure we'll do something special."