This weekend, Cameo — the personalized celebrity message service — held a special "Cameo Cares" virtual three-day event benefiting those impacted by COVID-19. Athletes, musicians, comedians and other celebrities participated in a virtual entertainment event Thursday through Saturday to help out COVID-19-related causes and give fans an alternative way to connect while everyone stays at home.

One of the topics that came up during the "Iconic Rockstars" chat was the "rock is dead" argument, which has popped up again and again throughout the years, including in 2014 when KISS bassist/vocalist Gene Simmons told Esquire magazine that "rock did not die of old age. It was murdered. Some brilliance, somewhere, was going to be expressed and now it won't because it's that much harder to earn a living playing and writing songs. No one will pay you to do it."

A number of hard rock and heavy metal musicians have weighed in on the topic in a variety of interviews over the last couple of years, with some digging a little deeper into Simmons's full remarks and others just glossing over the headline.

Speaking about the health of the current rock scene, Snider said (see video below beginning at around 23-minute mark): "Rock is not dead. It's such a false narrative. Just go to the concert halls to see what's going on. I don't wanna tear up Gene, but he did something in an article in GQ a number of years ago where he said rock was dead [and] don't bother picking up a guitar. And I was, like, how can our own people be reinforcing that message? Our job is to lift up young people like Andy — not crush their spirits."

Rockett chimed in, saying: "I think that organic rock music is absolutely going to go into the forefront again — it just is. But I think it needs to reinvent itself a little bit. People need to be a little more creative in the rock genre. It's a little bit too, like, this guy could be in that band or he could be in that band or he could play with this guy, and everybody looks the same and plays the same. There needs to be a little more of a movement, a little more of a scene. When I was growing up, there was a punk scene and there was a rock scene, and then metal came along. There were scenes, and it created a lot of energy. Rock's been a little stagnant for a while. It's there. I mean, even people like Steve Miller can put on tickets for sale and sell fucking out — it's amazing. So it's there. But as far as newer bands, I think rock is gonna have to reinvigorate itself just a little bit and not just copy what other people have done that came before them."

Biersack commented: "I think a lot it, to be fair, comes down to where you're going, though. If you're not entering those festivals, if you're not going to Warped Tour, these other things, it could seem as if there is no movement or anything different that's going on now. Look, I'm not saying that we're in some sort of heyday or rock music, but I think that, to be fair to the current bands, there is a certain amount of, 'If you don't see us, you're not gonna know it's existing.' And I think that there is some fun in the anonymity there and that we exist kind of underground…

"If you walk through a Warped Tour — I know Warped Tour isn't existing, but those types of environments — the types of bands that are playing are so vastly different, and the scene differential is huge, just within the context of what we're doing," he continued. "So I think in many ways, because it's not getting mainstream play, you're not seeing it in front of you as often, many people — myself included; I don't know what fucking bands are out there right now — because it's so piecemeal and it's so separated, you have the opportunity to stream whatever type of rock music you want."

Money was raised in a number of ways during "Cameo Cares". For every Cameo booked during the three-day event, Cameo donated its standard cut (25%) to charity. Cameo said it was hoping to raise $1 million over the course of the event, with funds going to the WHO COVID-19 Solidarity Response Fund, No Kid Hungry, the Actors Fund, MusiCares and the Restaurant Employee Relief Fund.

"Dozens of favorite concerts, shows, TV programs, and other entertainment have been cancelled to help protect the population during the COVID-19 pandemic," Cameo co-founder and CEO Steven Galanis said in a statement. "'Cameo Cares' provides a safe, fun alternative, while helping charities serving those in need." 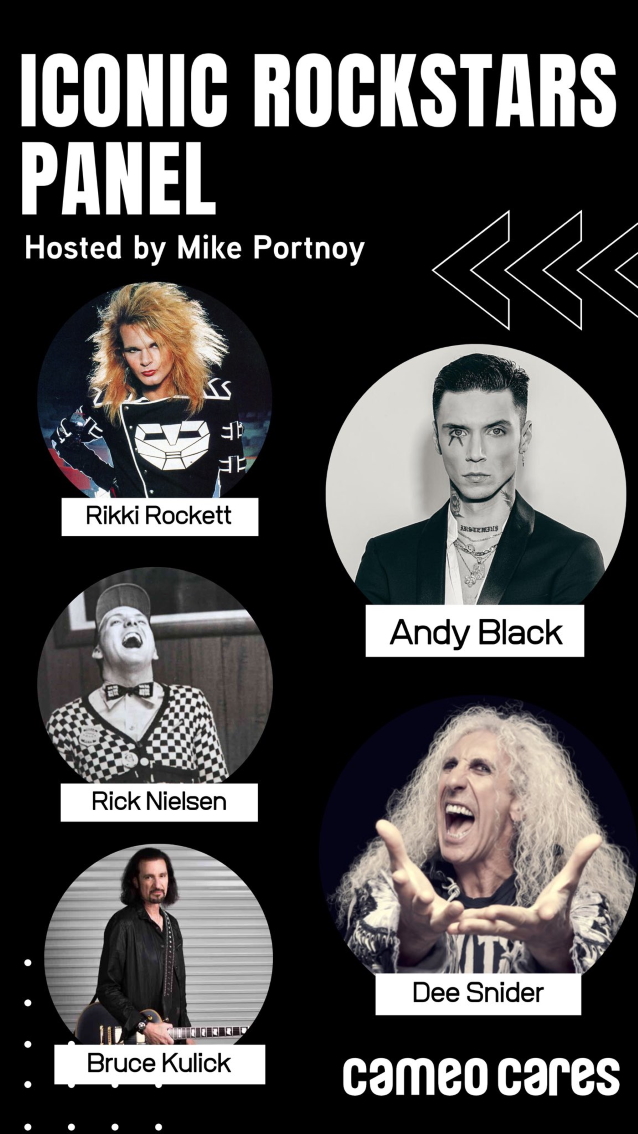