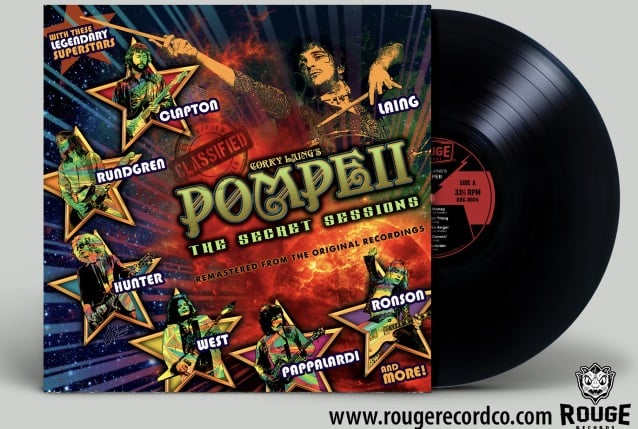 POMPEII, The Supergroup That Never Was, To Release Long-Lost Album, 'The Secret Sessions', On Record Store Day

Known as "the supergroup that never was," Corky Laing's POMPEII recorded "The Secret Sessions" between 1976 and 1978 after a re-introduction to old friend Ian Hunter via Steve Wax of Elektra/Asylum. Laing recalls: "The late '70s was a turbulent time as the musical taste went through a generational change. Punk was just beginning to surface in the rock landscape. It replaced the increasingly complacent era of glam and classic rock with a new confrontational and rebellious attitude. Bands like MOUNTAIN and MOTT THE HOOPLE were becoming oldsters. In this environment, my record company Elektra/Asylum was preparing to bail on me, but before doing so, they asked if I wanted to form a so called 'supergroup.' I had no choice, and so began the journey into 'The Secret Sessions'. Steve Wax, the president of Elektra/Asylum, hooked me up with an old mate, Ian Hunter, to begin the work. Bob Ezrin was brought in to produce and together we proceeded to invite our famous friends to the Briarcliff Studios in Westchester, New York to see if we could put something interesting together." Before long, Laing and Ezrin had assembled a cast that included FREE's Andy Fraser, the ALICE COOPER BAND's Steve Hunter, Lee Michaels and Ian Hunter. Just as things started to click, Laing says, "it all went south. Well, actually Ezrin went East — all the way to the U.K. to record 'The Wall' with PINK FLOYD. Then Steve Hunter got a call from Bette Midler and became the musical director for her film 'The Rose'. Andy Fraser really did go south — to continue with his solo project — and Lee Michaels went, well, wherever Lee Michaels wants to go." At this point that left Corky and Ian Hunter to salvage the embryonic supergroup. "To my surprise, Ian invited Mick Ronson to join in and I asked Felix Pappalardi to step in on bass," Laing says.

As the deal was being made to release "The Secret Sessions" for Record Store Day, Laing and Rouge Records decided to have Corky go back in the studio and re-record three songs on the original album with Corky's current solo band consisting of Chris Shutters and Mark Mikel.

Thrilled that the songs that had been hidden for 40 years would now see the light of day, Corky played the record to them and they loved the repertoire. "In the end, we decided on their favorites, 'Easy Money', 'Silent Movie' and 'Growing Old with Rock & Roll' and made them fresh at Mark's studio in Mauhee, Ohio. Jason Hartless [Ted Nugent] came in to play the drums on 'Growing Old' while Craig Adams and Steve Feehan joined in on the keys. I hadn't played these songs for decades and they felt all new to me. Being 70 years of age this year, I suppose that one could say that I'm indeed growing old with rock and roll, but I'm planning to do plenty more growing!”

There's an additional bonus track only indirectly related to "The Secret Sessions". "The excitement in the studio while working on the bonus tracks got our creative juices flowing, and Mark, Chris and myself came up with a whole new original song called 'Knock Me Over'. We had a blast laying that track down," Laing relates.

"The Secret Sessions" will include a Digital Download Card in the record and is set for release on Record Store Day — April 21, 2018 through Rogue Records (distributed by Sony RED / The Orchard). 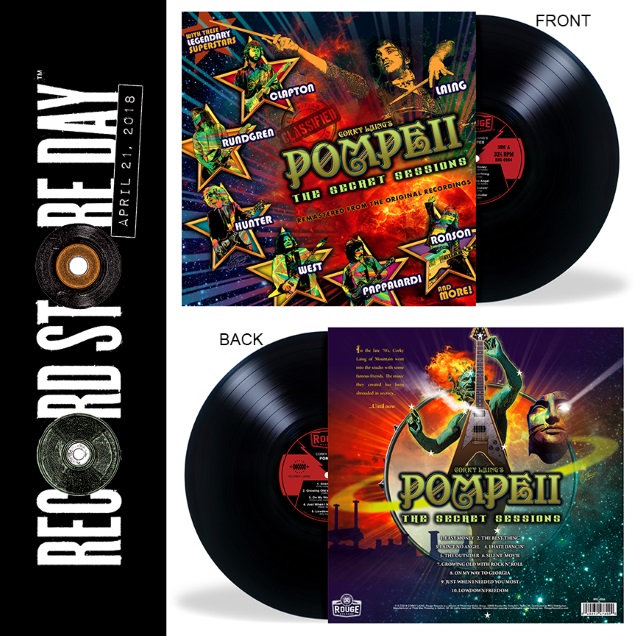