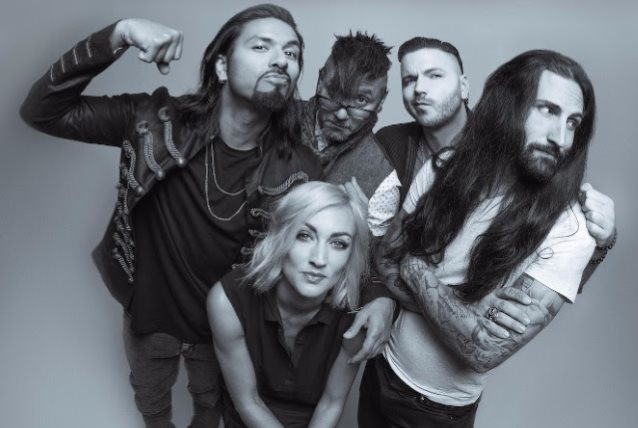 American rock band POP EVIL has been hard at work in the studio this summer working on an all-new LP, due out early next year. The group has been collaborating with veteran producer Kato Khandwala at Studio A in Sound Emporium Studios in Nashville, Tennessee and will finish up the disc in Los Angeles in the coming weeks.

"After taking much-needed time off, we started the writing process in Michigan this past April and May, before heading to the Sound Emporium in Nashville.

"We have recorded close to twenty songs for the album and are now narrowing down our choices before heading to L.A. to finish the record.

"Our producer Kato has been a blessing and a pleasure to work with, and he's the best devil's advocate we've had in the studio!"

The band has released a short studio video which premiered via SiriusXM Octane earlier this week.

Kakaty continues: "It's been the smoothest recording process to date, and we've been taking our time and giving each song its due diligence. One thing I can say is you will get a little bit of everything from us on this album. We're letting all our emotions out on this one. No boundaries. New POP EVIL music is on the horizon!"

The band hasn't let up on its road dog reputation, virtually staying on the road for the past two years since their last LP. POP EVIL will continue that trend and be on the road all summer starting with two sold-out shows at The Machine Shop in Flint, Michigan. Other highlights include supporting BUSH at the Blue Stream Amphitheater in Moorhead, Minnesota, Sturgis 2017 with OZZY OSBOURNE, Moonstock with PAPA ROACH and RIFF Fest with ROB ZOMBIE. 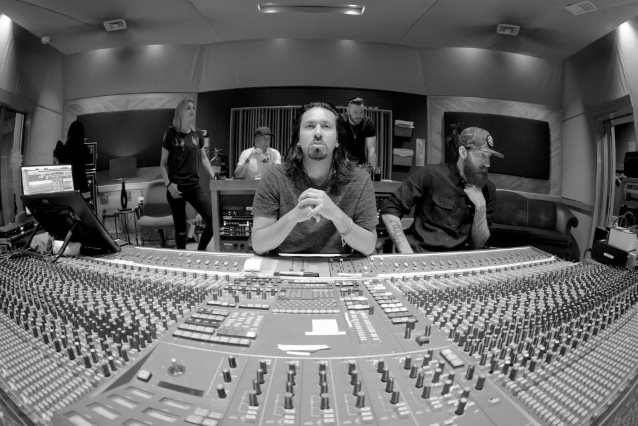