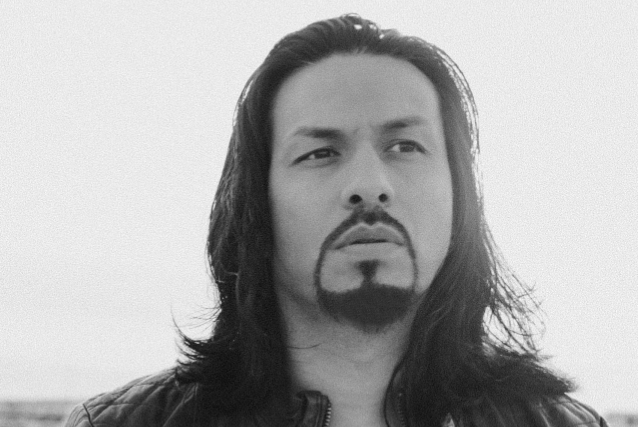 POP EVIL frontman Leigh Kakaty has dismissed the notion that rock is dead, calling it "a ludicrous, horrible concept."

While rock 'n' roll has been king of the music world for decades, in the past few years, it's been unseated by the growing popularity of hip-hop. This has caused many pundits to proclaim the genre "dead" from an industry perspective, noting that it has been eclipsed in all measures by pop, hip-hop, and EDM.

Addressing the whole "rock is dead" debate, Leigh said (hear audio below): "What the heck is that? When I hear that, I think it's so important to get offended — and not offended necessarily for me, but get offended for the fans. That is a direct slap in the face to people that go to [U.K.'s] Download festival. A hundred thousand people go to that. What do you mean rock and roll is dead? It's such a ludicrous, horrible concept. We almost say it and [laugh about it] and we blow it off. That's not cool. I think it gets out there in the secular world and people write us off. I mean, in the United States, last time I checked rappers are winning rock and roll Grammys. I mean, it makes no sense."

Last month, POP EVIL released two new songs called "Let The Chaos Reign" and "Work", the first new music from the band since their self-titled full-length came out in 2018. Both are from the band's forthcoming sixth album, due out this year.

The band enlisted new creative teams of producers and collaborators to diversify and expand its sound.

POP EVIL has hit the top of the rock radio chart again and again with songs like "Trenches", "Deal With The Devil", "Torn To Pieces", "Footsteps" and "Waking Lions".