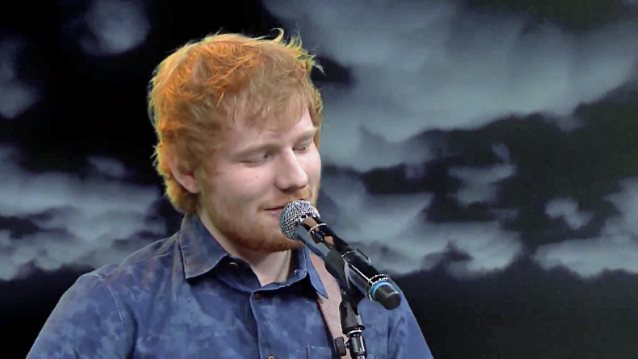 "Do you enjoy the morbid and disturbing themes of heavy metal music, but wish that it had a more cheerful, pleasant sound?" asked host Fallon, wearing a wig and turtle neck, in a sketch on his late-night show. "Well, wish no more."

Sheeran played IRON MAIDEN's "Run To The Hills" and LIMP BIZKIT's "Break Stuff" from a mock release titled "Ed Sheeran Sings Heavy Metal", an album described as a collection of 25 "of the darkest, most skull-crushing songs ever written."

Sheeran is continuing to tour in support of his 2014 album, "X".