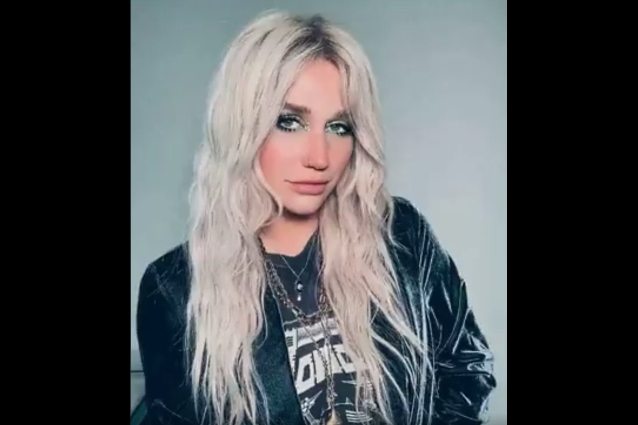 Pop star Kesha has shared a video of her wearing a VOIVOD t-shirt.

The singer, who celebrated her 34th birthday on Monday (March 1),took to her Facebook page the following day to post a six-second clip of her sporting a shirt from the legendary Canadian metal innovators. She wrote in an accompanying message: "Animals I love u thank u so much for all the birthday messages!! I miss u".

Back in 2011, Kesha said that she did not see herself as an average pop star because she loves the rock 'n' roll lifestyle too much.

She said: "I'm not a submissive, perfect pop princess, that's for damned sure. I do think I have a rebellious, metal-loving rock chick inside of me.

"I've always loved rock 'n' roll. It's about subversion. I'm talking to millions of people around the world about having sex freely, getting drunk and partying. It's fun for me to be riding that line of appropriateness."

Shortly before the release of her last studio album, 2020's "High Road", Kesha told Billboard that BEASTIE BOYS' "Licensed To Ill", QUEEN's "Jazz" and Iggy Pop's "Lust For Life" were among the albums that influenced her. "My brain is a wild place," she said.

A little over four years ago, Keshawas photographed rocking a 1988 METALLICA "Damaged Justice" tour t-shirt while leaving a Miami hotel.

In 2011, Kesha made a guest appearance on Alice Cooper's "Welcome 2 My Nightmare" on a song called "What Baby Wants".

"I met [Kesha] at the Grammys," Cooper told Billboard, "and I immediately looked at her and went, 'This girl is not a pop diva. She's a rock singer.' She would much rather be the female Robert Plant than the next Britney Spears."

Animals I love u thank u so much for all the birthday messages!! I miss u ☯️👻🦑