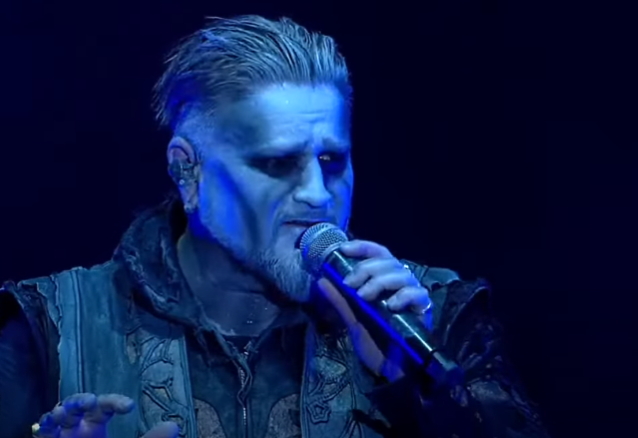 POWERWOLF will release a new album, "Interludium", on April 7, 2023. The LP will feature six new studio songs, including the single "Sainted By The Storm", which was already celebrated on the band's exhilarating "Wolfsnächte" 2022 headline tour, as well as one of the most intense tracks in the band's history, "My Will Be Done". "Interludium" will also feature gems and rarities from the band's history such as "Midnight Madonna" and "Living On A Nightmare".

01. Werewolves Of Armenia (by WIND ROSE)
02. Reverent Of Rats (by MYSTIC PROPHECY)
03. Dancing With The Dead (by ANNISOKAY)
04. Call Of The Wild (by RAGE)
05. Venom Of Venus (by AD INFINITUM)
06. Sudenmorsian (Where The Wild Wolves Have Gone) (by KORPIKLAANI)
07. Stossgebet (by EISBRECHER)
08. Fire & Forgive (by ELECTRIC CALLBOY)
09. Armata Strigoi (by WARKINGS)
10. We Are The Wild (by LORD OF THE LOST)
11. Night Of The Werewolves (by UNLEASH THE ARCHERS)

This past March, POWERWOLF released the aforementioned "Sainted By The Storm" single. The single's epic and very detailed cover artwork was once again created by Zsofia Dankova, who has been creating all of the band's artworks during the last years.

The story of POWERWOLF, beginning in 2004, reads like a true fairytale, but is the result of the most hard-working and entertaining live band on the heavy metal planet. POWERWOLF has not only received plenty of gold and platinum awards to date, but numerous releases have entered the official German album charts at the top position of No. 1. With "Blessed & Possessed" (2015),POWERWOLF achieved gold status (in the Czech Republic) for the first time, while its predecessor, "Preachers Of The Night" (2013),hit the official German album charts at No. 1, and the incredible DVD, "The Metal Mass" (2016),came in at No. 1 of the German DVD chart. POWERWOLF's latest magnum opus, "The Sacrament Of Sin" (2018),again entered the album charts at No. 1. The accompanying, almost completely sold-out "Wolfsnächte" headline tour — in which POWERWOLF headlined large venues with their phenomenal stage performances — became a single major triumph, as well as the numerous summer festival shows in which crowds were thrilled and completely captivated by the wolves and their unique, (un)holy metal mass. In the end of 2021, POWERWOLF celebrated "The Monumental Mass" — a streaming event that set new standards.

Following a tenth-anniversary reissue of POWERWOLF's "Blood Of The Saints" album last year and in order to celebrate the 15th anniversary of POWERWOLF's second studio album "Lupus Dei" (from 2007),a special deluxe edition was released on November 11, 2022 via Metal Blade Records. The special reissue includes (demo) bonus material as well as new front cover artwork by Dankova.

POWERWOLF's latest album, "Call Of The Wild", came out in July 2021 via Napalm Records. 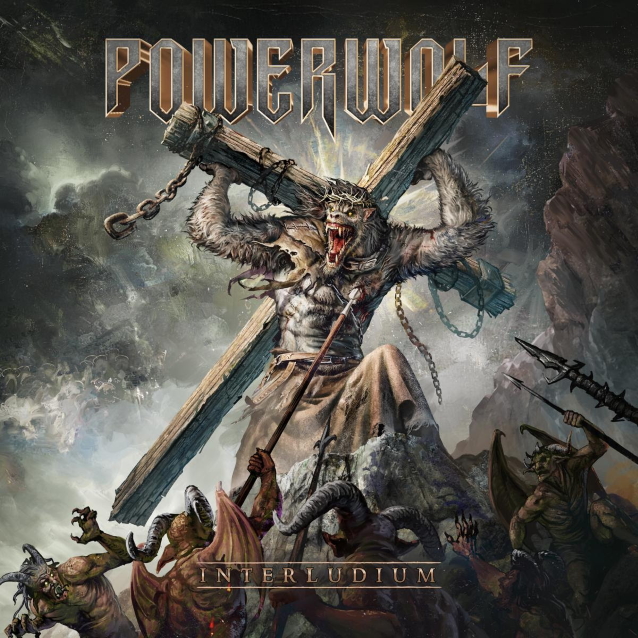