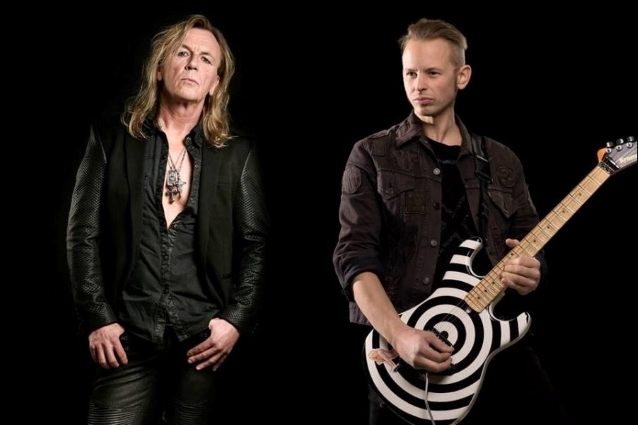 PRETTY MAIDS and NORDIC UNION vocalist Ronnie Atkins recently spoke with "The Right To Rock" podcast. The full conversation can be streamed at this location (interview starts at the 63-minute mark). A few excerpts follow (as transcribed by BLABBERMOUTH.NET).

On the origins of NORDIC UNION, his side project with Erik Martensson (ECLIPSE, W.E.T.):

Ronnie: "I was approached by Serafino [Perugino] from Frontiers Records, who asked me to do a project with another producer who came up with 12 songs that I actually didn't particularly like. He said, 'I've got another suggestion,' and he came up with Erik, who sent me two songs — 'Hypocrisy' and 'When Death Is Calling'. I just said to him from the beginning, 'I might do this, but it's got to be songs of a certain quality. It's got to be songs of a high standard.' I've got to say that when I got the first two songs from Erik, who's a great songwriter, I was on — I was on to it. We did the first NORDIC UNION album, which was basically like a pilot project. I didn't really know what to expect from it. We just kind of did it. We didn't really know each other that well at the time, but we just did it, [and] the album became a success, and Frontiers asked us to do another one. We just called each other and said, 'Are we up for this, or what?' We agreed to it when we could fit it in between our individual schedules."

On how NORDIC UNION's sophomore effort, "Second Coming", differs from their self-titled debut:

Ronnie: "[Originally,] I deliberately didn't want to be a part of the songwriting, because I didn't want to mix things up with what I do with PRETTY MAIDS. The fact that I'm singing on this NORDIC UNION thing, to some people, [might] make it sound like, maybe, a lighter version of PRETTY MAIDS. If I also took part in the songwriting, it would be maybe a little awkward. That was how I felt, and this time, we talked about it... I said to him, 'Erik, if you need me to be a part of anything — if there's something you're missing out on — send it to me, and I'll come up with something.' I did that, actually, on one or two songs — very little things. Absolutely, it's Erik's — the majority of the songs are his. I've done, like, six lyrics for this album, and I did two on the first one, I think. That's where I come into the picture, and then I basically just try to make these songs my own. For me, it's pretty easy to identify with these songs, because [of] the way the hooks and everything is. It's like something I could have done myself. I don't want to compare myself to Erik, but that's the kind of music I like, so it's pretty easy. I just add little [things], change some melodies and stuff here and there and add some harmony parts and some quiet parts, whatever comes to mind. This time, we talked a lot more on the phone than the first time. Basically, I had some MP3 files and I took a listen, and if I had something I didn't like, I would call him back or write him back. This time, we knew each other, so you could put a face on something. It was a little easier this time. From the beginning, we decided, 'Let's go for this, but let's make it a little different than the first one.' I think the songs are a little different. Maybe this one takes one or two more spins than the first one. I think it's a little bit more mature, a little bit moody and, to a certain extent, melancholic if you wish. But I think it's great [that] it's not just a copy of the first album... I think it's cool because it's not just a cut-and-paste of the first album. I like that there's some kind of development."

On whether NORDIC UNION will perform live:

Ronnie: "We got a lot of requests, even since the first album, to play specific festivals and stuff like that. I said from the beginning, I don't want to commit myself to touring, because I tour a lot with PRETTY MAIDS and I'm also part of this AVANTASIA project, which is also a lot of gigs. For me, it's simply hard to find time, and I'm not in [my] mid-20s anymore. One day, we might do one or two gigs, but it's not just around the corner, because I'll be very, very busy for the next year with PRETTY MAIDS and AVANTASIA. I don't see it happening right now, but never say never. I won't rule it out totally... I would love to do some of these songs, but it's a lot of work. You've got to rehearse everything from scratch, and I don't want to go out and play small, tiny clubs and start all over again. That's how I feel right now, but let's see."

Ronnie: "I hate doing videos. I always did. I hate videos and photo sessions. I like writing and singing music. That's really what I want to do... I'd much rather do a DVD — like, a live concert — because that's what I am. I'm a performer, singer, musician. That's my street — I feel [at] home. I feel familiar with doing that. When I'm doing videos with a script or something like that, I don't feel at ease, because I'm not an actor. I'm much more comfortable with doing live videos, but I prefer just to play live and not be recorded. When the red light's on, something happens — it limits you a little bit."

On what to expect from the forthcoming PRETTY MAIDS album, due out this fall:

Ronnie: "I think it's going to be a little of this, a little of that. We've always had the heavier side and the more melodic stuff — the more commercial, radio stuff. We've had that since the beginning. All I can say is that some of the stuff we did recently is really heavy stuff."

Atkins is currently participating in AVANTASIA's world tour in support of new album "Moonglow", on which he appears on three songs — "Book Of Shallows", "Starlight" and "The Piper At The Gates Of Dawn". He also appeared on the group's previous two albums, "The Mystery Of Time" (2013) and "Ghostlights" (2016). 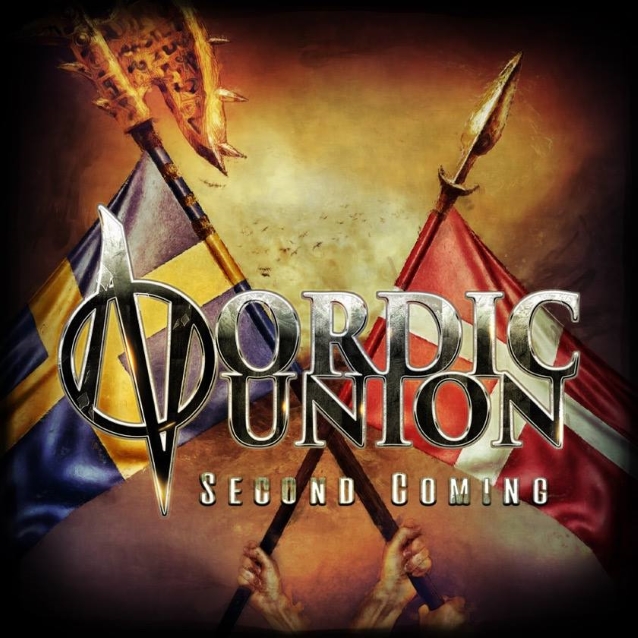