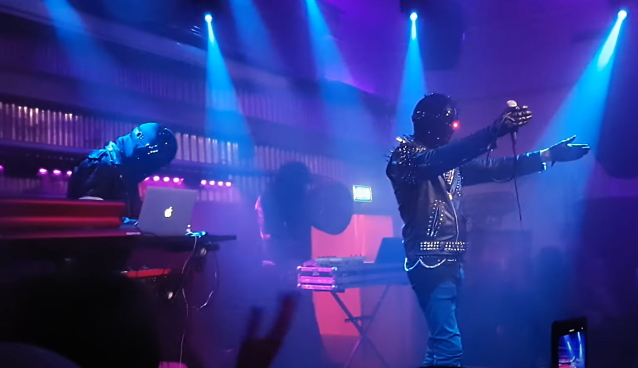 Fan-filmed video footage of PRIEST, the synthwave act featuring former members of the Grammy Award-winning Swedish rock act GHOST, performing this past Friday, November 26 at Hus 7 in Stockholm, Sweden can be seen below.

PRIEST recently inked a deal with Cleopatra Records. The band's new full-length album, tentatively due in 2022, will be produced by another GHOST alumni, Simon Söderberg (GHOST guitarist and producer/engineer of debut album "Opus Eponymous")

Cleopatra owner Brian Perera stated: "We've been living in this genre since the '90s so we have a pretty good feel for when bands do it right, and as soon as we heard PRIEST, we knew they were something special. We see an extremely bright future ahead for the band and are thrilled to be partnering with them to make that happen."

PRIEST concurred, saying: "Signing with such a legendary label like Cleopatra will probably be the biggest step in our career. With great knowledge of the genre we're in, we can't think of a better match for PRIEST. Our next album is by far the best yet and we can't wait to unleash it to a wider and more diverse audience." 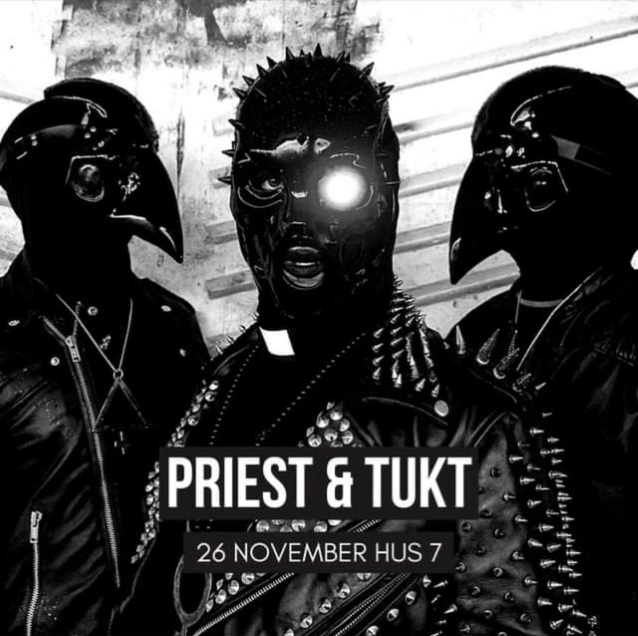