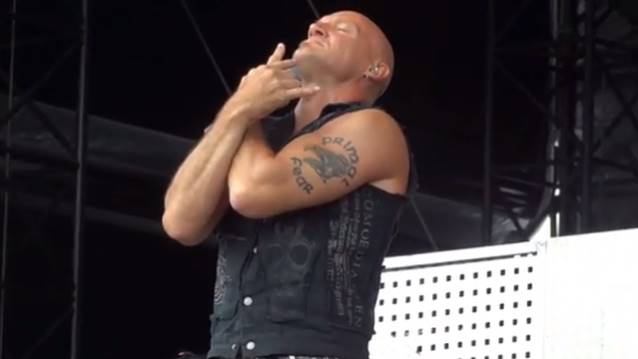 Vocalist Ralf Scheepers of German power metallers PRIMAL FEAR says that "no dirty laundry" will be aired regarding the band's split with drummer Randy Black.

It was announced on Monday (August 11) that the Canadian-born Black will leave PRIMAL FEAR effective August 16, one day after the band's performance at the Summer Breeze festival in Germany. His exit from the group was attributed to "irreconcilable differences" between the drummer and Scheepers, but no further details were given.

In a new posting on his Facebook page, Ralf addressed Black's departure from PRIMAL FEAR, writing, "For all of you out there who are wondering now about the reasons why Randy has left the band: we've agreed to keep the reasons private! Decisions are made and have to be accepted!

"It's as sad as it is, but Randy and I have agreed on having respect to each other and there will be NO dirty laundry!

"If we can't work together as pros anymore, we still can go separate ways like pros!

"So please show some respect to Randy's decision, to him as a person, the band's future and me as a person."

PRIMAL FEAR will announce its new drummer in September.