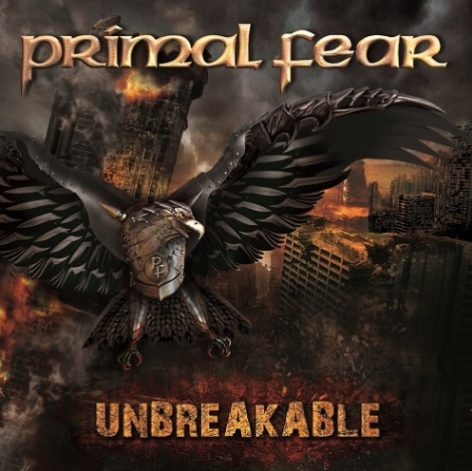 Drum-cam footage of PRIMAL FEAR's Randy Black laying down the drums to the song "Strike" can be seen below. The track comes off the band's latest album, "Unbreakable", which sold around 600 copies in the United States in its first week of release. The CD landed at position No. 44 on the Top New Artist Albums (Heatseekers) chart, which lists the best-selling albums by new and developing artists, defined as those who have never appeared in the Top 100 of The Billboard 200.

Released on January 24, 2012 in the U.S. via Frontiers Records, "Unbreakable" was tracked in part at House Of Music studios in Winterbach, Germany with producer/bassist Mat Sinner and engineer Achim Köhler (EDGUY, MASTERPLAN).

According to a press release, "Unbreakable" "combines the skills of the strongest PRIMAL FEAR lineup ever with a well-balanced 'back-to-the-roots" vibe and an ambitious learning process during their longest tour so far. Classic and ultra-fresh PRIMAL FEAR riff-rockers like 'Strike', 'Give 'Em Hell' or the high-speed track 'And There Was Silence' will hit the bulls-eye, like the rhythm paced metal anthem, first single and new video clip 'Bad Guys Wear Black'. Less experiments, more rock! But there will be a nine-minute epic journey with a lot prog approach named 'Where Angels Die', a classic wonderful ballad 'Born Again' and the melodic power bomb 'Metal Nation'."

Commented singer Ralf Scheepers: "The plan was to record an album for the fans with rough metal riffs, screaming vocals and good melodies ...and finally it became a monster — a tough 'bang-your-head' metal album called 'Unbreakable'."

* Only available in the first pressing in digipak

The digital-only single "Bad Guys Wear Black" was made available for download on December 5. The single also includes "Metal Nation" in an exclusive single mix.