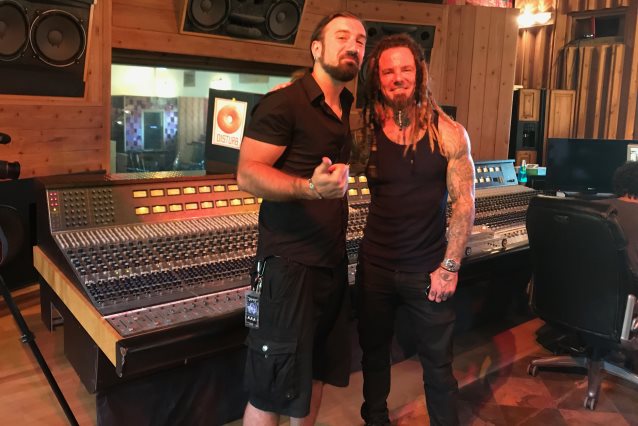 Logan, who previously played guitar for MACHINE HEAD and SOULFLY and is currently a member of ONCE HUMAN, said: "Working with Extreme Music Performance Academy is a great opportunity for Gee and I to discover and develop new talent while making amazing albums. We will also be sharing production knowledge and expert recording techniques for students and clients interested in expanding their own studio skill sets."

Gee, who also serves as a teacher and drum coach at Extreme Music Performance Academy, added: "Logan is the producer we needed to push our academy to the top level of professionalism. He produced and mixed albums for DEVILDRIVER, GOJIRA, FIVE FINGER DEATH PUNCH, SEPTICFLESH, W.A.S.P., DAGOBA, DEVIL YOU KNOW, BUTCHER BABIES, SOULFLY, CAVALERA CONSPIRACY and ONCE HUMAN, and we want to give our students and customers the chance to record their songs, their ideas and albums with a top-level producer in metal and rock music! I'm so excited to start this new adventure as drum coach, following the drummers step by step during their recording sessions with Logan."

For more information, write to [email protected] and go to www.empacademies.com.

DRAGONFORCE is currently touring North America in support of its new album, "Reaching Into Infinity". ONCE HUMAN is the "special guest" on the trek, which concludes on July 29 in Fort Lauderdale, Florida.