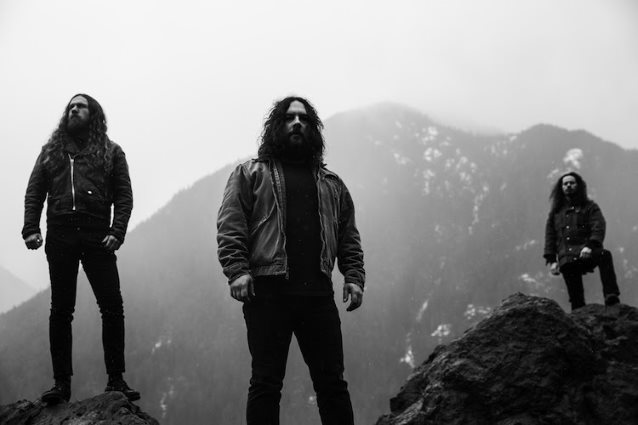 "Born From The Serpent's Eye", the new video from Pacific Northwest black metallers WOLVES IN THE THRONE ROOM, can be seen below. The song is taken from the band's new album, "Thrice Woven", which will be released on September 22 via the group's own label Artemisia Records. It is a glorious return to the blazing and furious black metal that they alone can create.

WOLVES IN THE THRONE ROOM commented: "This is our first video. We lit a bonfire and blasted through the first part of 'Born From The Serpent's Eye'. You'll have to listen to the full track to hear Anna Von Hausswollf's glory. This is the first time we'd played the song with Kody and it f*cking slayed. Peter and Nico captured the magic. May the good fires blaze!"

The album begins with "Born From The Serpent's Eye" a true thrashing black metal epic that is bisected with a haunting northern lament sung by Swedish star Anna Von Hausswolff. The band worked with metal documentarians Peter Beste and Nico Poalillo to create a video for this track which captures a bonfire-lit performance in the forest near their Olympia compound. More on this very soon; to tide us over, check out a trailer that hints at what's to come.

"The Old Ones Are With Us" opens with the crackling of a fire and the voice of Steve Von Till (NEUROSIS) invoking the springtime thaw. It then storms into a dirge inspired by '90s Finnish doom with lyrics that celebrate Imbolc, the holy day which marks the end of winter and the first stirrings of spring. Figures from Norse mythology intertwine with personal heartbreak and rebirth in the bleak "Angrboda". The song is named after a frost giantess who birthed Fenrir Wolf, a beast who was destined to destroy the world and murder the gods.

A raven's wings stir the air in the interlude "Mother Owl, Father Ocean". Anna von Hausswolff returns in a duet with Turkish harpist Zeynep Oyku, forlorn industrial atmospheres haunt the mix, Hausswolff's lyrics, sung in Swedish, echo over a barren grey seascape. "Fires Roar In The Palace Of The Moon" is the classic Cascadian black metal epic, the third eye opens to see holy rivers being born from the ice on the tallest peaks, the lyrics offer blessings to the waters of the earth as they flow from the high places to the source of darkness, the ocean.

When the band returned to the road in summer 2016 longtime touring guitar player Kody Keyworth was welcomed as a full member of WOLVES IN THE THRONE ROOM. On "Thrice Woven", Kody contributes raven's screams and some of the most brutal and dark riffs. The live lineup also features Peregrine Somerville (SADHAKA) playing third guitar and Brittany McConnell (WOLVSERPENT) on keyboards and percussion. The effect of three guitars on stage is mesmerizing and reflects the dark psychedelia of the band's albums. 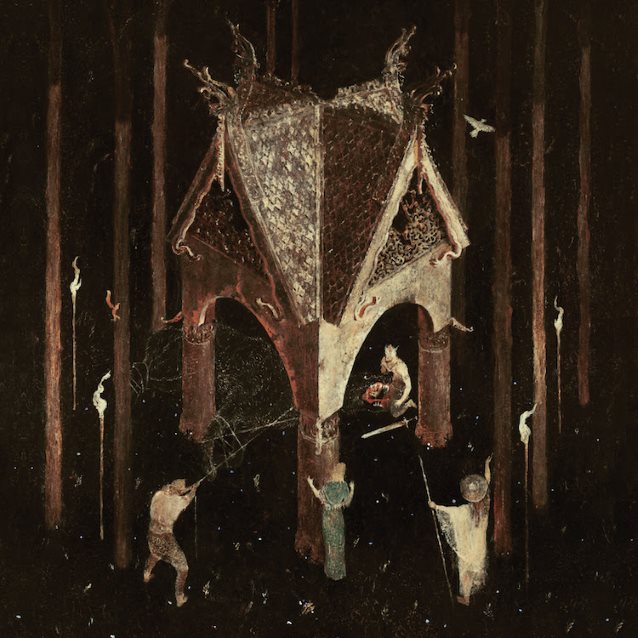 Find more on Wolves in the throne room