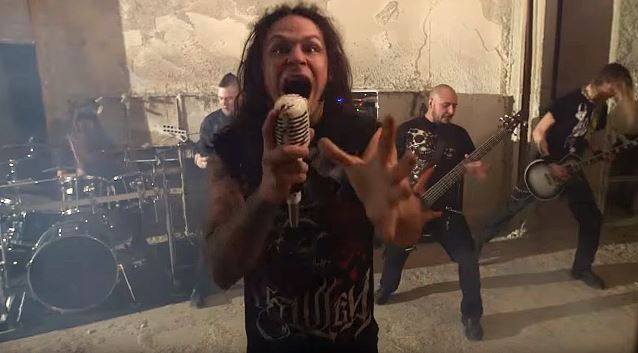 "Monster", the new video from Wisconsin-based newcomers PRODUCT OF HATE, can be seen below. The clip was directed by James Zahn of The Rock Father, with Chuck Przybyl of Most Visual serving as director of photography.

"I was really excited that we chose 'Monster' for the first new video," says PRODUCT OF HATE frontman Adam Gilley. "It's one of my favorite tracks to begin with, and I believe that audiences will see how much we've matured as a band since our last videos. We're just getting this beast started."

"Monster" is taken from PRODUCT OF HATE's debut album, "Buried In Violence", which will be released on February 5 via Napalm Records. Digital pre-orders of the album come with instant downloads of the songs "Blood Coated Concrete", "...As Your Kingdom Falls", "Unholy Manipulator" and "Monster".

"Buried In Violence" was mixed and mastered by James Murphy, known for his work with DEATH, TESTAMENT and OBITUARY.

PRODUCT OF HATE has scheduled two special CD-release shows. On release day, the guys will play in Chicago, Illinois at The LiveWire Lounge and the following night will make a hometown appearance in Kenosha, Wisconsin at 86. 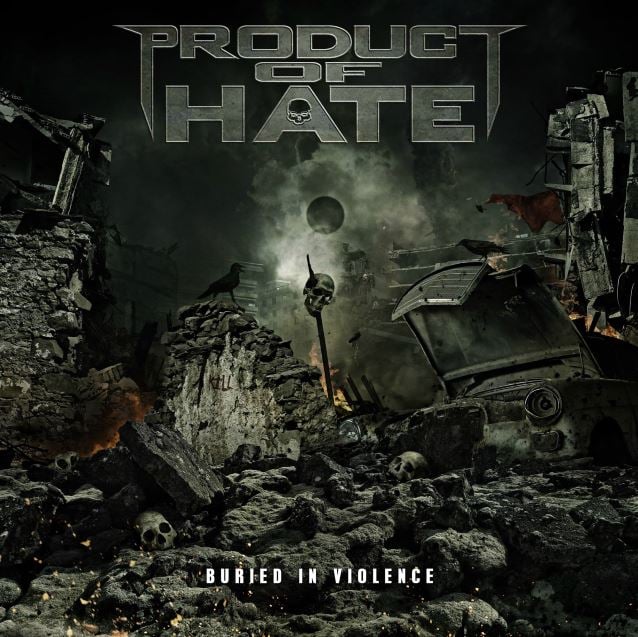