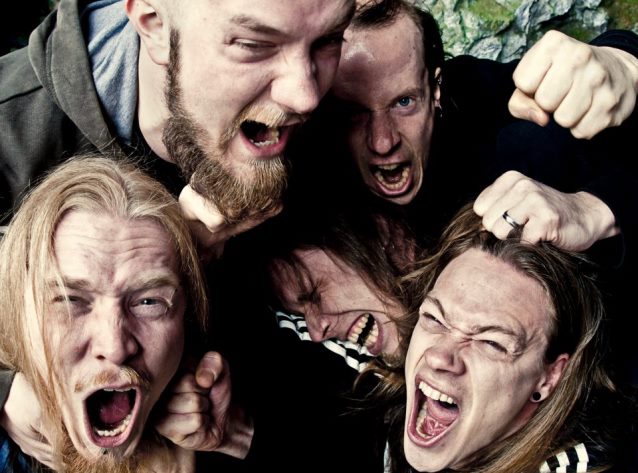 Audio samples of the songs that will appear on the forthcoming fourth album from Finnish metallers PROFANE OMEN can be streamed in the YouTube clip below. The CD will be released on March 14 via Spinefarm Records. According to the band, the follow-up to 2011's "Destroy!" "is the fastest, angriest and tightest PROFANE OMEN recording by far so far."

"Destroy!" was released on September 28, 2011 via Spinefarm Records. The CD was produced by Ville Sorvali (MOONSORROW) and Mikko Herranen (RUST) and was recorded in part at Petrax studios in Hollola, Finland. The effort was mastered at Chartmakers in Helsinki.