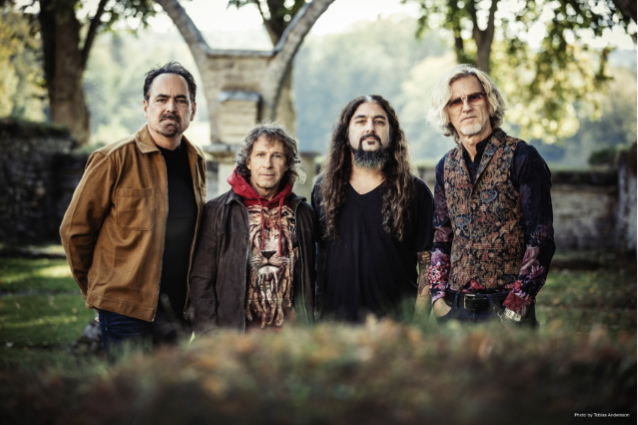 TRANSATLANTIC has launched the video for "The World We Used To Know", taken from "The Absolute Universe: Forevermore (Extended Version)". Watch it below.

Portnoy comments: "The second release from the upcoming TRANSATLANTIC album, 'The Absolute Universe', features our Swedish genie Mr. Roine Stolt on lead vocals (in contrast to the first release, which featured Neal, Pete and I sharing the lead vocals). This piece also opens with another extended instrumental intro where I get to utilize my best Keith Moon acrobatics and leads to Roine's beautiful, melodic vocals on the verses and choruses in the body of the song and climaxes with a majestic section with Neal Morse taking the lead vocal and one of the album's main musical reoccurring themes.