PRONG will embark on a North American tour in April 2016 in support of the band's new studio album, "X (No Absolutes)". The CD will be released on January 29, 2016 via Steamhammer/SPV.

The first digital single from the new album, "Ultimate Authority", was recently made available to coincide with the kick-off of PRONG's North American tour as one of the support acts for DANZIG.

Says PRONG mainman Tommy Victor: "PRONG is doing a nice run of shows covering North America starting April 21, 2016 in support of our upcoming release, 'Prong X - No Absolutes'. If you missed us on the DANZIG/SUPERJOINT tour or if we bypassed your locale, you can then experience a full set packed with all the faves new and old!"

PRONG's album of covers, "Songs From The Black Hole", was released in March via SPV/Steamhammer. 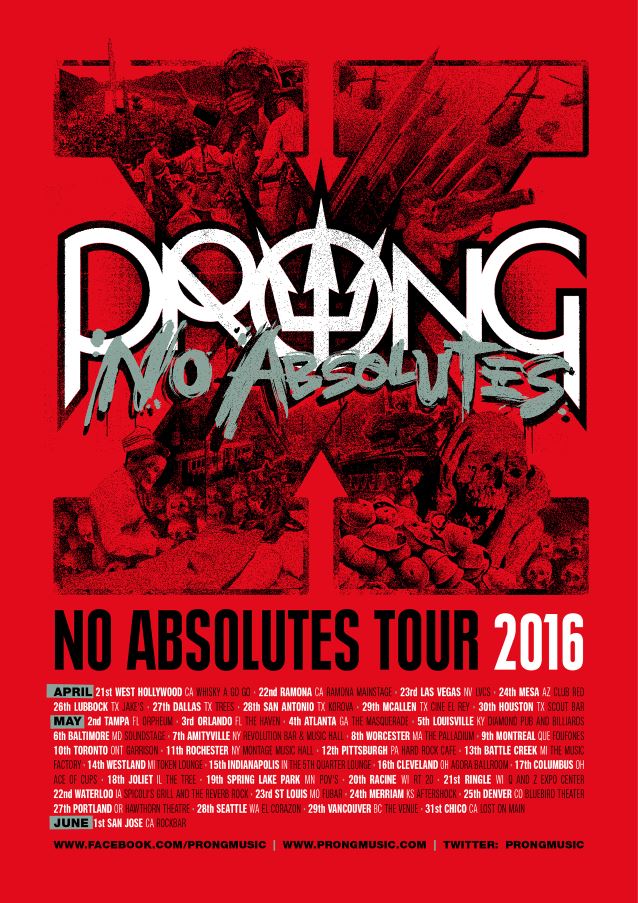