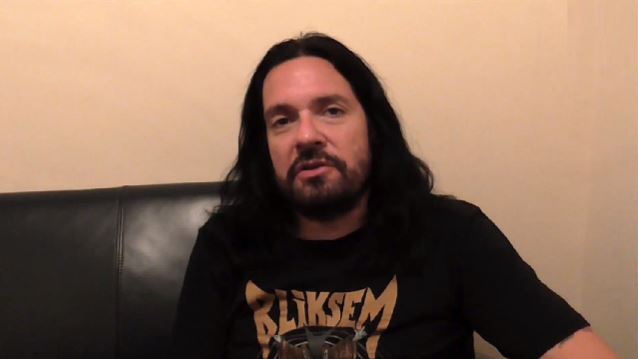 Impact metal channel conducted an interview with PRONG guitarist/vocalist Tommy Victor before the band's August 7 concert in Dublin, Ireland. You can now watch the chat below.

PRONG is touring North America in support of its latest release, "Ruining Lives", which came out earlier this year via SPV/Steamhammer. The tour kicked off on September 10 in Los Angeles, California and will run through October 14 in San Francisco, California. Many of the dates will see PRONG playing alongside thrash masters OVERKILL. Following a quick break, the band will take part in SLIPKNOT's Knotfest on October 25 in San Bernardino, California.

PRONG recently completed filming a video for the song "Remove, Separate Self", taken from "Ruining Lives". Brian Cox and Marcelo Palomino directed the clip, which can be seen below.

Comments PRONG mainman Tommy Victor: "PRONG has made a video for the song 'Remove, Separate Self', the new single from our recent LP, 'Ruining Lives'. The song and the video are distinctively PRONG, with a soul-searching and apocalyptic vibe. As a follow-up to 'Turnover', we will release it on seven-inch vinyl as well. The single and video will correspond with our U.S./Canada tour starting September 10 through October 14. Enjoy the video and we'll see you out on the road!"

SPV/Steamhammer released a new digital single of "Remove, Separate Self". There are two versions of the single, which was made available on September 12. The seven-inch single will be released on October 24. The standard version of the single will include the following tracks:

Comments TRIVIUM's Matt Heafy about the "de-mix" he created: "With 'Remove, Separate Self', I was initially engulfed by hints of images and characteristics of a futuristic, dystopian world. Whether that was the initial intent of the piece or it was meant to be something entirely different, that became the feeling I kept coming back to. Perhaps with the main line — the title itself — the idea of 'separating yourself' made me think of unplugging oneself from something larger; whether metaphorically from an old way of life or literally in some sort of mecha-future. The idea was to take it one step further, to take the song itself, components of it, and a few secret ingredients, and create that world a little further that I imagined in the first place.

"Sometimes 'remixes' do it right, but I wanted to take a completely different approach to what people think a 'remix' is in the first place, even one's idea of what a song should sound like."

The exclusive iTunes edition of the single features a bonus track, which is a version of "Snap Your Fingers, Snap Your Neck". This song was taken from PRONG's "Unleashed In The West - Official Bootleg". 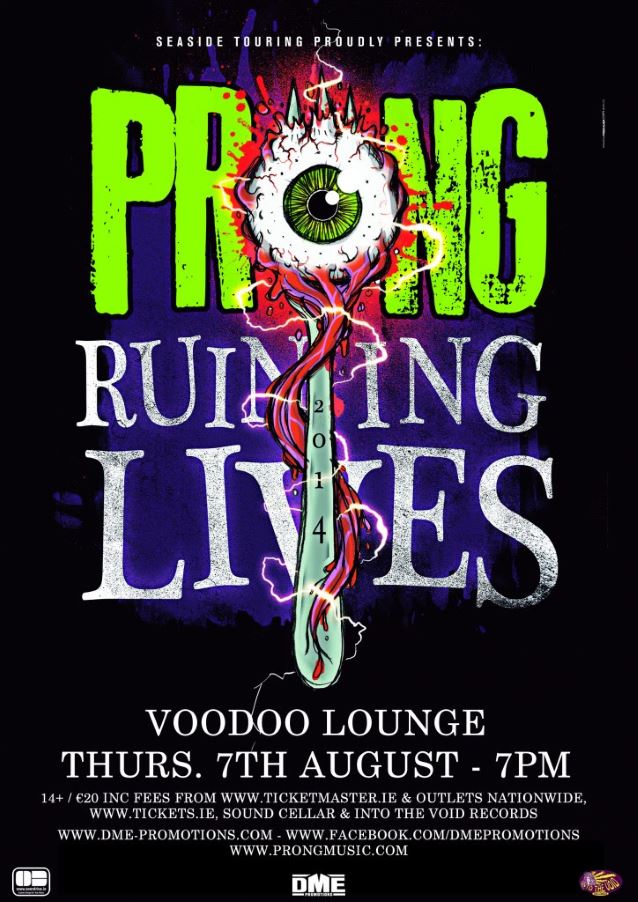