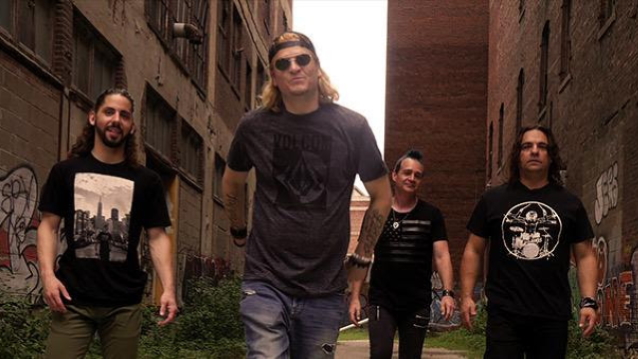 PUDDLE OF MUDD has announced a number of U.S. dates in support of the band's latest album, "Welcome To Galvania". The trek kicked off on July 3 in Savannah, Georgia and will conclude on November 20 in Ashwaubenon, Wisconsin.

"Welcome To Galvania" was released in 2019 via Pavement Entertainment.

After changing his life around and getting the band back in order, frontman Wes Scantlin and his bandmates rebuilt a touring base, which paved the way to new music and a new album. The first single, "Uh-Oh", proved to be a comeback for the band, landing them a top 10 single at Mainstream Rock. The success furthered the group's demand to play at festivals and worldwide events.