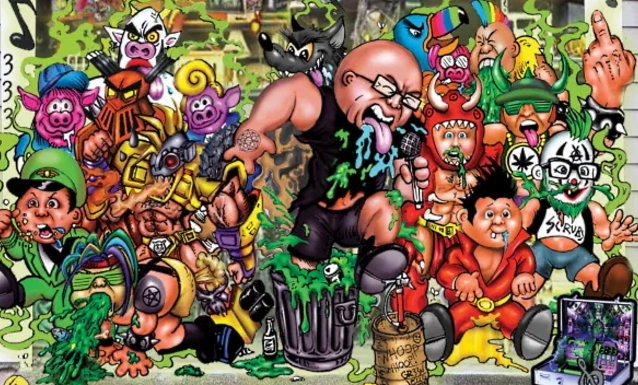 Hilarious musical pranksters GREEN JELLŸ (formerly GREEN JELLÖ) — best known for their 1993 hit "Three Little Pigs" — are back to blow your house down with this brand-new studio album, "Garbage Band Kids". For this outing, their first since 2009, band founder and lead vocalist Bill Manspeaker has recruited a slew of special guests who give the project a bit of extra potency including musical performances by members of "Trailer Park Boys", SUICIDAL TENDENCIES, FISHBONE, THE DWARVES, PILEDRIVER, "Hacksaw" Jim Duggin, KITTIE and others. In addition, the album includes humorous cameos from the one and only "Weird Al" Yankovic as well as game show icon Wink Martindale"Garbage Band Kids" brought together GREEN JELLŸ fans from around the globe, over a 100 songwriters, musicians and artists, who made the record possible. Indeed, as Manspeaker proclaims, "This is the first album in music history to be recorded by the fans, for the fans!"

Manspeaker also brought in one of the creators of the subversive '80s trading card phenomenon Garbage Pail Kids to provide the album's mind-blowing artwork, which include individual full-color illustrations for each song and an insanely detailed cover image that comes to life in 3D animation using the augmented reality app Artvive (available for free on the app store).

All together, this unruly mob have crafted one of the most creative and defiant albums in the great GREEN JELLŸ oeuvre. Check out the album’s first single "Punk Rock Pope", released today to all digital platforms, for what’s in store on this epic adventure!

"Garbage Band Kids" will be available everywhere on both CD and colored vinyl with full-color printed sleeves starting June 11. 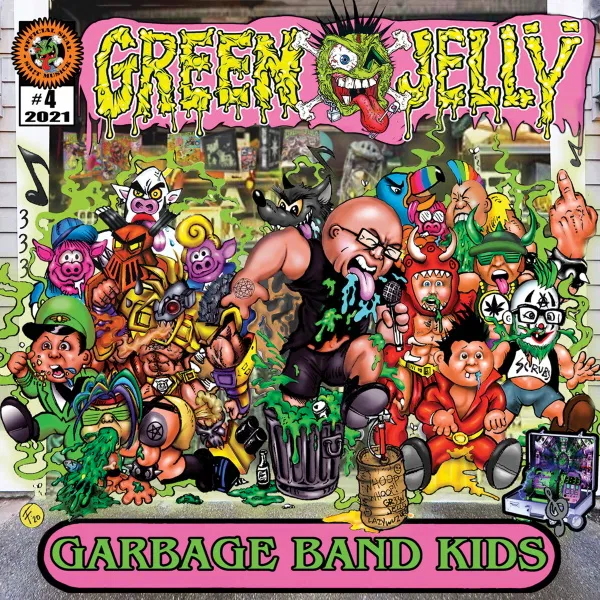