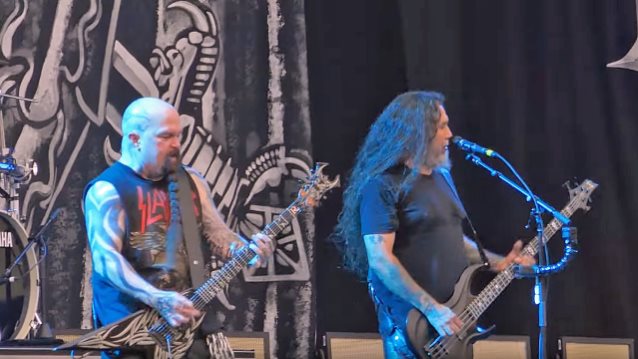 Quality fan-filmed video footage of SLAYER's performance at this year's Rockavaria festival, which was held May 27-29 in Munich, Germany, can be seen below.

As previously reported, SLAYER will join forces with special guests ANTHRAX and DEATH ANGEL this fall for a seven-week North American beat down. The dates start in Cleveland on September 9 and will hit both major and secondary markets across the continent.

Said SLAYER's Kerry King: "It's always super fun for us to tour with ANTHRAX. Frank [Bello] is one of my best friends in the biz!! Put that together with DEATH ANGEL, and fans will probably see the best package this year. See you there!"

Fans will hear their favorite SLAYER songs from the band's 30-plus-year discography, as well as a few of the newer songs from "Repentless", named "The Metal Album of the Year" by Guitar World. SLAYER and ANTHRAX stormed through Europe together last fall, amassing a string of sensational live reviews, so North American fans, this will be a night of metal music that should not be missed. 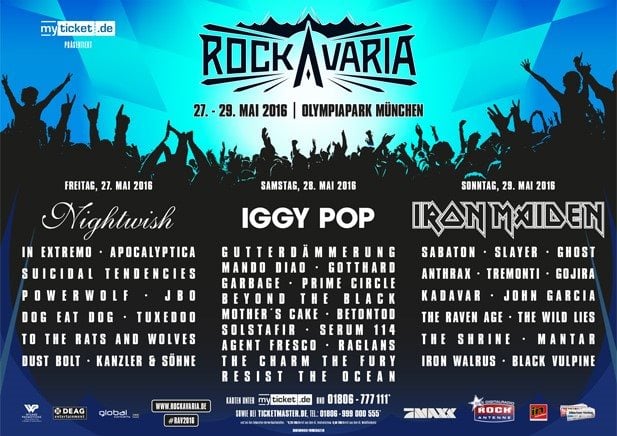