QUEENSRŸCHE's WILTON Says He Recorded 'All Guitars' For Upcoming Album

According to AnybodyListening.net, QUEENSRŸCHE guitarist Michael Wilton has revealed that he has recorded all the guitar parts for the band's upcoming album, "American Soldier". He said in an online posting, "I have been slammed with making the deadline for the new QUEENSRŸCHE opus. I recorded all the guitars this time so it should sound more like the original 'RŸCHE."

Due in April 2009 via Rhino, QUEENSRŸCHE's twelfth studio album, "American Soldier", is a concept effort which finds the band once again tackling some heavy subject matter, this time focusing on telling the story of war from a firsthand perspective. Singer and chief songwriter Geoff Tate has spent the last few years conducting extensive interviews with veterans and has crafted their thoughts into this epic tale. "American Soldier" examines American wars from World War II through Iraq from the viewpoint of those in the trenches and on the frontlines. Following the album's release, QUEENSRŸCHE plans to present tracks from the album live on an extensive spring tour of the U.S., with international dates to follow later in 2009.

"American Soldier" will contain 12 tracks, including the following:

A snippet of the song, "If I Were King" is featured in the new tour commerical for Snoqualmie Casino. 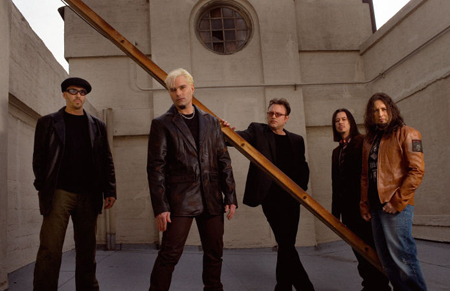