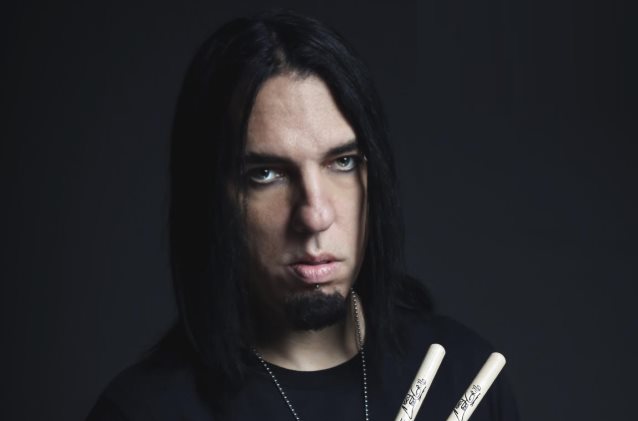 QUEENSRŸCHE drummer Scott Rockenfield will be taking time off from the band's touring activities to spend time with his newborn son, appropriately named Rockson. Filling in for him for the group's upcoming shows will be Casey Grillo (pictured) of KAMELOT.

Said QUEENSRŸCHE in a statement: "We couldn't be more excited to welcome Scott's son to the QUEENSRŸCHE family."

Added Casey: "I am very excited and humbled to be doing some shows with my favorite band of all time QUEENSRŸCHE! Congratulations to Scott Rockenfield and his family for the birth of his new son Rockson!"

Grillo will make his live debut with QUEENSRŸCHE on April 1 at Sycuan Casino in El Cajon, California.

QUEENSRŸCHE is preparing to enter the studio to begin work on the follow-up to 2015's "Condition Hüman" album, to be released later in the year via Century Media.