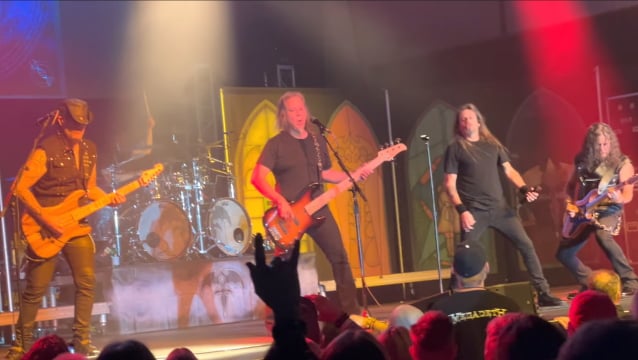 QUEENSRŸCHE Performs At Tennessee's MONSTERS ON THE MOUNTAIN Festival (Video)

Fan-filmed video of QUEENSRŸCHE's August 20 performance at the Monsters On The Mountain festival in Gatlinburg, Tennessee can be seen below.

QUEENSRŸCHE will release a new album, "Digital Noise Alliance", on October 7 via Century Media. The record was once again helmed by Chris "Zeuss" Harris, who previously worked with QUEENSRŸCHE on 2015's "Condition Hüman" and "The Verdict" LPs.

Last October, Rockenfield filed a lawsuit against the band's fellow original members Michael Wilton (guitar) and Eddie Jackson (bass),alleging, among other things, breach of contract, breach of fiduciary duty and wrongful discharge. Wilton and Jackson later responded to Rockenfield's suit with a counterclaim, denying that Rockenfield was wrongly dismissed and accusing him of abandoning his position as a member of the band and misappropriating the group's assets to his own personal benefit.

Last month, QUEENSRŸCHE singer Todd La Torre told Straus Project about the response to the first two singles the band has released so far from "Digital Noise Alliance" album, "In Extremis" and "Forest": "Obviously, you can never judge an album by one song, so when we put out the first single, there were people, like, 'Oh, I hope the record's like this or even heavier.' And then some people that are naysayers are, like, 'Oh, I hope [the rest of] it's nothing like that.'

"There's such a variety on this record — again — and we seem to always do that," he continued. "There's not just this one sound that you're gonna find on this record. There's some super-proggy stuff. Casey, his drumming was phenomenal on this record. And he did some stuff that I would never have thought of that was really interesting. In fact, one of the songs, Casey went into his studio and recorded, in his head, what he deemed as a full song on drums. And there's quirky, crazy stuff, there's verses, there's an intro — there's all this stuff. And he gives it to Michael, and basically [says], 'Here you go. Write to this.' And Michael comes back with this piece of music that went with Casey's drums. 'Cause [Michael] would never have come up with what he did had he not been inspired by the drum part. So it was really cool to see what manifested out of that.

"But, yeah, it's a really fun record to listen to," Todd added. "It covers everything that is QUEENSRŸCHE. So hopefully people like it. We put a lot of work into it. We're shooting many videos for this album — more than we've ever shot. We shot a ton of videos for this. And Thomas [Crane], who's the video director and everything, from killDevil Films — that's his company — has done a killer job. He's very creative, and so putting together our concepts with his ideas, he's done a great job. This is just the very beginning of what you guys have really kind of seen.

"So, yeah, there's a lot of things that you find as you listen each time. And I think QUEENSRŸCHE's music is like that — kind of like RUSH or PINK FLOYD. Each time you listen, you're, like, 'Oh, I never heard that before,' and you discover new things, which is cool." 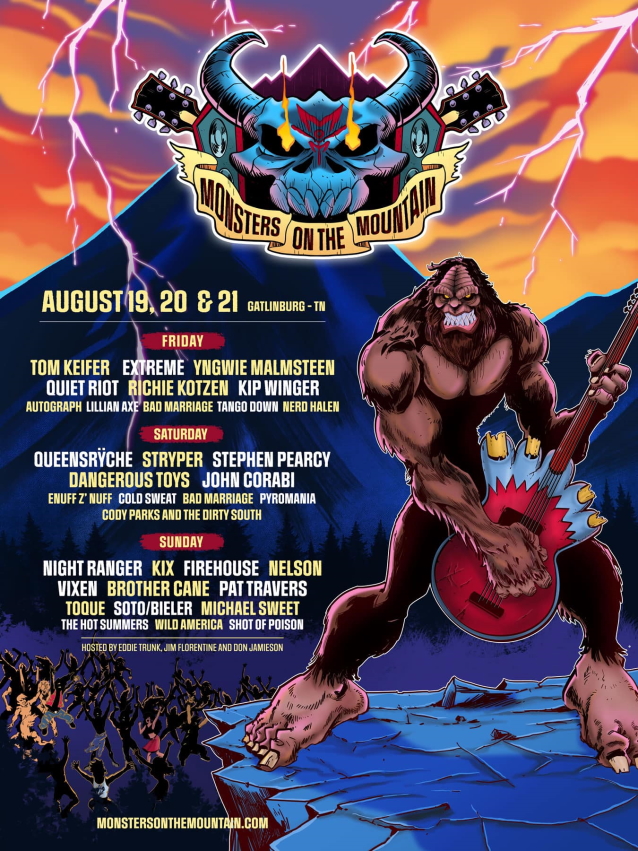