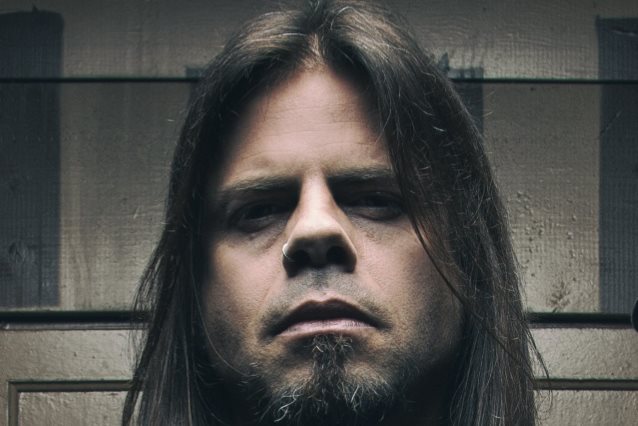 Todd La Torre of Seattle-based progressive metallers QUEENSRŸCHE, who are scheduled to perform in Henderson, Nevada on Saturday (October 7),has told Tampa, Florida's WFLA-TV that he and his bandmates have not considered canceling the concert in the wake of this past weekend's mass shooting.

"Hey, they're not gonna keep us from living our lives. We can't live in fear," the singer said (see video below).

A gunman opened fire Sunday from thirty-second floor the Mandalay Bay Resort and Casino in Las Vegas during the Route 91 Harvest festival, killing at least fifty-nine people and wounding five hundred and twenty-seven others. The gunman, identified by police as Mesquite, Nevada resident Stephen Paddock, later killed himself.

"It's almost like you want everything to simmer and not continue," La Torre said. "Like, let this period have its time of… a moment of silence kind of a thing. But the show does go on."

Although La Torre admitted that there was a slight hesitation about performing so soon and so close to the venue where Paddock opened fire, he said: "The positive side to going into a show like that on Saturday is you know that this was an isolated incident, whereas this is just some wacko guy that decides to do something like this."

According to the singer, incidents like the Las Vegas concert massacre heighten the sense of vulnerability that he and other artists feel when performing in public.

"There are those times where you wonder, like, am I gonna die today?" he said. "Am I gonna get shot at on stage?"

QUEENSRŸCHE is scheduled to enter the studio this fall to begin recording its next album for an early 2018 release.

The upcoming disc will be QUEENSRŸCHE's third to feature former CRIMSON GLORY frontman La Torre who joined the group in 2012.