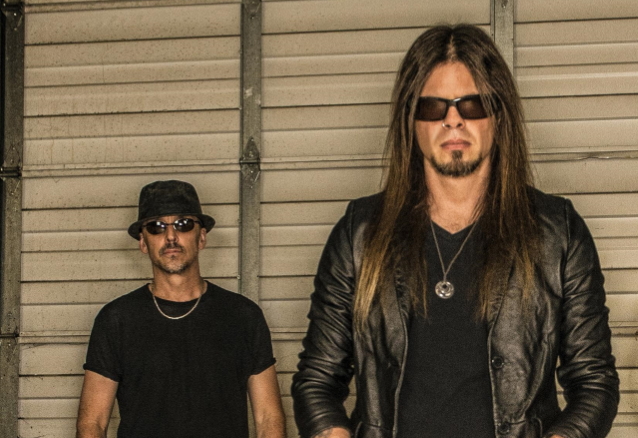 QUEENSRŸCHE singer Todd La Torre is selling one of four remaining pairs of drum sticks that were used by Scott Rockenfield during the drum recordings of the band's 2013 self-titled album.

Says Todd: "After drum recordings were completed, Scott gave me these sticks, to which I went to the studio kitchen to roll them up in saran wrap. They have been in my closet ever since. These are Regal Tip 5B 'X' series with Scott Rockenfield signature and QUEENSRŸCHE logo printed in the sticks. Own a piece of history!! Condition: Sticks are worn due to recording. These are the real deal that recorded the album."

Earlier in the month, Scott launched a cryptic new QUEENSRŸCHE-centric web site that implies he is plotting his return to the music scene.

Rockenfield's latest social media activity came four months after he shot down suggestions that he quit QUEENSRŸCHE or retired from playing music. In January, the drummer shared an update on Facebook in which he said that fans "have not been given the facts by any means" and implied that he would offer more details at a later date.

Thinning the herd of stuff!! Own a piece of history:https://t.co/K0GeeHAI4P