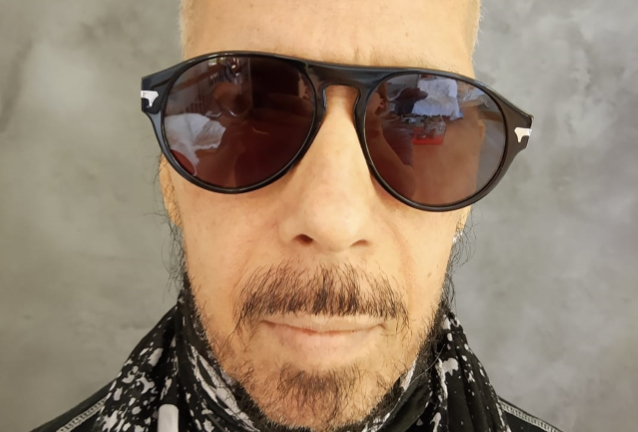 Earlier tonight (Monday, June 15),QUIET RIOT's Frankie Banali was admitted to the emergency room at the Kaiser Permanente Woodland Hills Medical Center in Woodland Hills, California. The drummer, who has been battling stage IV pancreatic cancer for the past 14 months, took to his personal Facebook page to share a photo of him on a hospital bed, and he captioned the picture: "Just admitted to the Emergency Room at Kaiser... It occured to me that this is just like Disneyland except the lines are shorter & the rides are painfully slow... and the price of admission... OMG!"

On June 10, Banali told SiriusXM's "Trunk Nation" about his cancer battle: "I'm still fighting the good fight. I'm still doing the chemotherapy. I switched to a different chemotherapy a few months ago. And the side effects on this one are pretty brutal, and they pretty much last into the next round of chemo. So you kind of don't get a break for about three weeks, and then you get about maybe 10 days off, and then the cycle starts again. But it's part of what I'm doing."

Asked if doctors are seeing positive results from the chemotherapy, Banali replied: "It really depends on any given cycle, whether things are going up or whether things are reducing. The situation that I'm in is not a sprint, really — it is the longest race I can possibly make out of my situation. So you have to be really, really careful how you read into some of these things, because something can look elevated, but then if you look at a scan — one of my internal scans — it's not as bad as the numbers say. But it's a deadly disease — there's no question about it — and I know that that's what eventually is gonna kill me. In the meantime, I'm just trying to put that day off as far back as I possibly can."

Banali also talked about how his latest chemotherapy sessions caused him to lose his trademark hair. He said: "I knew that when we were switching from the first chemo formula that we were doing for almost a year to the new chemo formula, I knew in advance that the different formula was really gonna wipe out the hair. So right now you probably wouldn't recognize me because not only did it take all the hair on the top of my head, but it took my beard, my eyebrows, my eyelashes. Let me put it to you this way: I have just really improved my Olympic swimming chances with the loss of body hair." 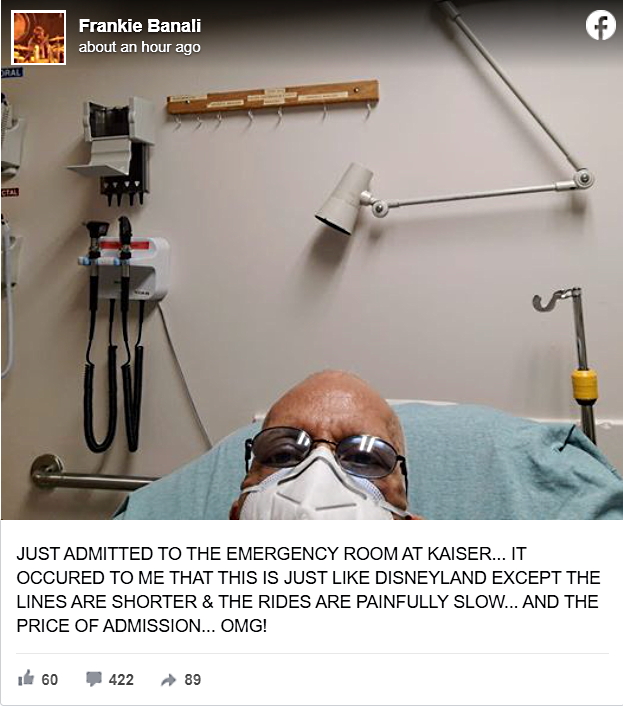 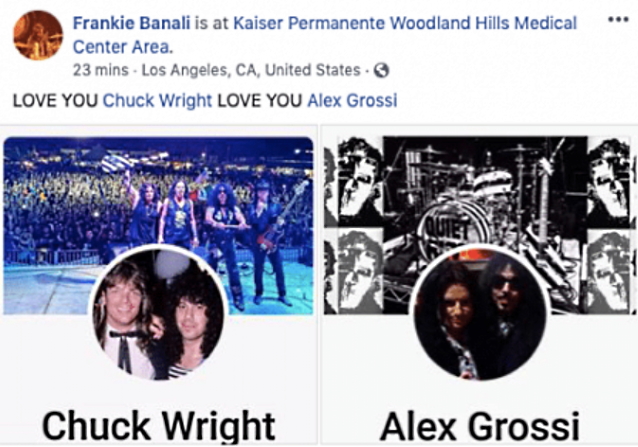