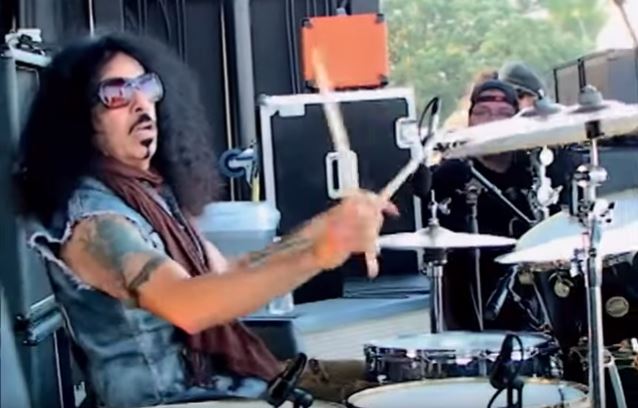 QUIET RIOT's FRANKIE BANALI: 'Every Opportunity We Get To Play, I Take It Very Seriously'

Mike Preston of Psycho Babble TV conducted an interview with QUIET RIOT drummer Frankie Banali at the Farm Rock 2015 festival, which was held September 4-6 in Wauconda, Illinois. You can now watch the chat below. A couple of excerpts follow (transcribed by BLABBERMOUTH.NET).

On how he approaches performing live:

"I never take this for granted. I mean, every opportunity we get to play, I take it very seriously. And one thing about QUIET RIOT is I ensure that nobody ever phones it in. Because you never know when it's gonna be the last time you're gonna get to do this. So don't waste it. Every single gig is important — be it a club or be it a festival; they're all important."

On "Quiet Riot: Well Now You're Here There's No Way Back", the recently released documentary on QUIET RIOT:

"It's not polished by any stretch of the imagination. As a matter of fact, the director/producer, Regina Russell, I gave her complete and total carte blanche to film anything and everything and to use anything that was in my archives. And to give you an idea that it's not some 'Behind The Music', sugarcoated kind of thing, there's things in there that when I watch it, I cringe — where I'm going, 'Oh, man. Really? Did that really happen? Did I really do that?' But it's a true story, and it goes as far back as the original version of the band, with Randy Rhoads and Kevin DuBrow, all the way through real time."

"Well Now You're Here, There's No Way Back" is an inside look at Frankie's road to recovery after losing his best friend Kevin DuBrow to a drug overdose in 2007 as he forges ahead to conquer his loss, regain his life and put the band back together.

The film begins in 2010, three years following the loss of Kevin DuBrow. Frankie Banali faces a crossroads in his life and finds himself talking to former QUIET RIOT bassist Rudy Sarzo who said, "If you don't carry on the legacy of your friend, nobody else will."

At times both utterly tragic and downright hilarious, like an outtake from "Spinal Tap", the film follows Frankie's journey through the emotional feat of trying to fill the void left by his singer and best friend.

The 105-minute character-driven documentary looks beyond the guts and glory of the common getting-the-band-back-together tale. "Well Now You're Here, There's No Way Back" reveals an unforgettable man who uses ambition, relentless determination and principle to navigate through the obstacles that attempt to control his fate. 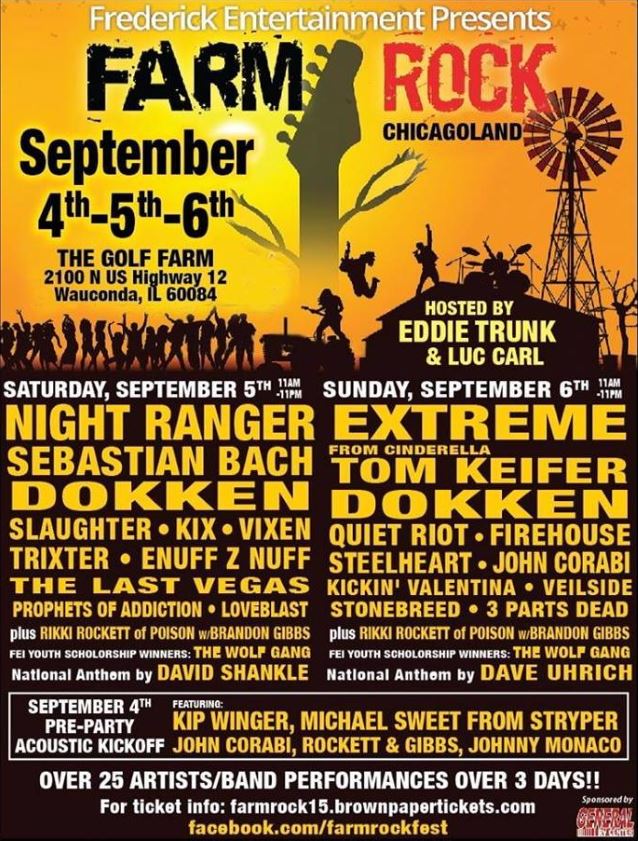