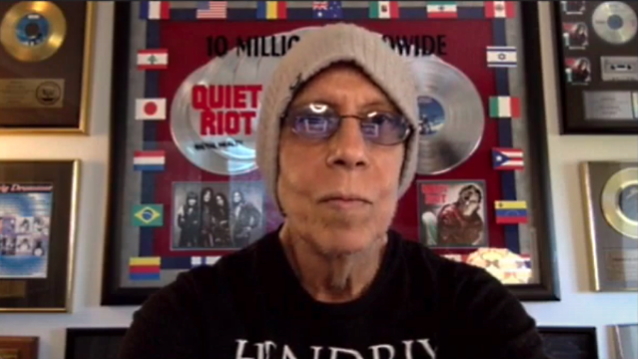 QUIET RIOT's FRANKIE BANALI On His Cancer Battle: 'The Support' From Fans 'Has Been Amazing'

QUIET RIOT drummer Frankie Banali, who has been battling stage IV pancreatic cancer for the past 14 months, offered an update on his health during a recent interview with Rock Titan. Asked how he is doing at the moment, Frankie said (see video below): "I'm doing good, all things considered. I continue to do my chemotherapy treatments and a lot of daily I.V. treatments to support my immune system. I've been fighting this fight since April of 2019 and I continue to move forward as best as I can."

Banali also once again thanked everybody who has contributed to the GoFundMe campaign to help with his medical expenses.

"The support has been amazing," he said. "The comments, all of which I've read, have been amazing. QUIET RIOT has brought many great things into my life, and this is just another example of how grateful I am to everybody for supporting me in my particular cause."