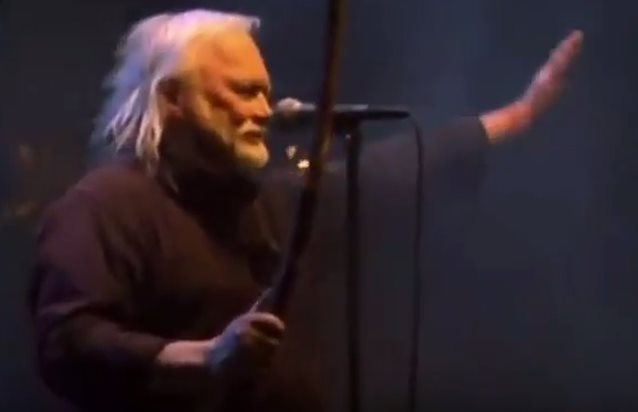 Börje "Boss" Forsberg — owner of Black Mark Records and father of late BATHORY mainman Thomas "Quorthon" Forsberg — passed away in the early morning hours of Thursday, September 14. A post on the Black Mark Production web site reads: "After many years of serious illness, his big heart has given up."

Börje's death comes more than thirteen years after the passing of his son, who was found dead in his apartment in Stockholm, Sweden on June 7, 2004. The 39-year-old, widely considered to be one of black metal's founding fathers, reportedly died of heart failure.

Although Quorthon's blood relation with Boss was staunchily denied — for reasons that are unclear — throughout BATHORY's lifespan, the musician's real identity was confirmed after his tragically early death.

BATHORY's career-spanning box set, "In Memory of Quorthon", was released in June 2006 via Black Mark. The package contained three CDs, one DVD, a book and a poster.

In a 2010 interview that Börje "Boss" Forsberg gave to Sweden Rock Magazine, he spoke openly about his son, how BATHORY came to be and all the unreleased BATHORY material that was still in the vaults. The magazine also published the last photo taken of Quorthon. This was all done with the blessing of Quorthon's family.