A race car previously owned by Eddie Van Halen is being auctioned.

Gotta Have Rock And Roll, the East Coast auction house dedicated to connecting serious collectors with rock memorabilia, will the start the bidding the VAN HALEN guitarist's 2000 550 Ferrari custom six-speed at $125,000, opening on July 22 at 9:00 a.m.

According to Gotta Have Rock And Roll, the car was sold to a close friend of Eddie's, who is the current owner.

There have been a lot of rumors regarding the VAN HALEN guitarist's supposedly worsening health, with TMZ reporting last fall that Van Halen has been traveling between the U.S. and Germany for cancer treatment going on several years now. 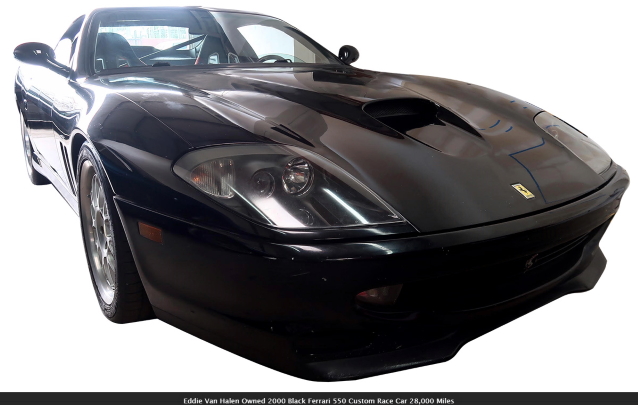