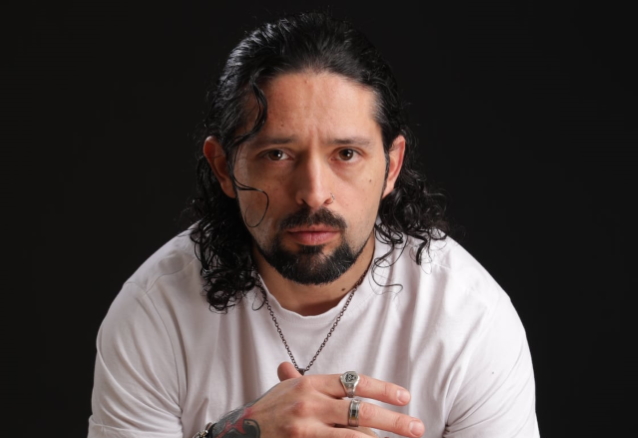 In a new interview with Jeff Gaudiosi of MisplacedStraws.com, RAINBOW singer Ronnie Romero was asked about the current status of the band, six years after the Ritchie Blackmore-led outfit first reformed to play sporadic shows. He said (as transcribed by BLABBERMOUTH.NET): "We normally keep in contact — not very often, because, obviously, Ritchie is a very insulated person. But I don't think there's gonna be any plan in the near future because the pandemic was way complicated, obviously, for all the music business. And now it's like everything is getting back to normal but delayed two years. So there is a lot of shows happening. And until it gets completely back to normal, it's gonna happen at least a couple of years. So I think Ritchie is not too much into the idea to make anything so far. And he is focused right now with BLACKMORE'S NIGHT — they released an album recently, I think. There's no plan so far; we were not informed about any plan. So we're just waiting for… With Ritchie, you never know — maybe in a couple of days he's gonna come with an idea. You never know."

In May 2019, RAINBOW released a new digital single, "The Storm", via Minstrel Hall Music. The song was described as "a rocked-up remake" of an old BLACKMORE'S NIGHT track from the album "Fires At Midnight", which was issued back in 2001.

A month earlier, RAINBOW released a newly recorded version of its song "Black Sheep Of The Family".

The first new RAINBOW single since 1996, "Waiting For A Sign", came out in March 2018. The song was penned by Blackmore, with lyrics by Candice and vocals from Romero, who is originally from Chile but is now settled in Madrid.