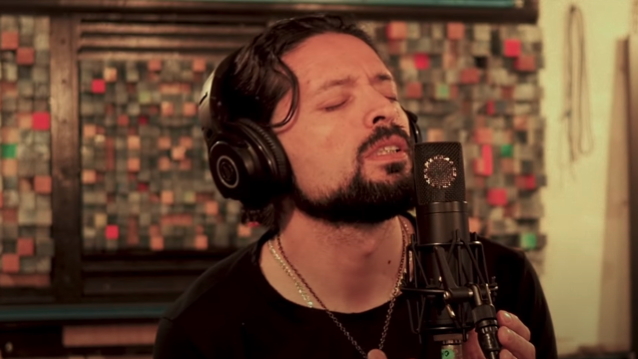 RAINBOW frontman Ronnie Romero paid tribute to Ronnie James Dio on the tenth anniversary of the legendary singer's death by releasing a cover version of RAINBOW's "Rainbow Eyes", recorded with Romero's LORDS OF BLACK bandmate Tony Hernando. Check out the video below.

Romero, originally from Chile but now settled in Madrid, Spain, made his live debut with RAINBOW in June 2016 after he was selected to front the latest version of the band guitarist Ritchie Blackmore had formed after quitting DEEP PURPLE.