RAMMSTEIN singer Till Lindemann has collaborated with violinist David Garrett on a version of the Schlager song "Alle Tage Ist Kein Sonntag" which enjoyed great popularity in the 1920s and 1930s. The track, originally from 1922, was written by Carl Ferdinands and Carl Clewing, and has been performed by the likes of Fritz Wunderlich and Marlene Dietrich.

Due on December 11, Lindemann and Garrett's version of "Alle Tage Ist Kein Sonntag" will be made available as a limited CD single in a digipak.

Garrett is one of the most popular classical crossover and pop violinists in the world. He started playing the violin when he was four years old and, when he was thirteen, he became the youngest artist to sign a record deal with Deutsche Grammophon.

The news of Till's latest single comes less than a month after it was announced that he had pulled the plug on his collaboration with Swedish producer and multi-instrumentalist Peter Tägtgren (HYPOCRISY, PAIN).

The duo released LINDEMANN's second album, "F & M", in November 2019. The follow-up to 2015's "Skills In Pills" was once again produced and mixed by Tägtgren.

Lindemann and Tägtgren are currently working on a final joint release, a live DVD of their show in Moscow 2020, which will be released in spring 2021.

LINDEMANN embarked on its first tour in support of "F&M". 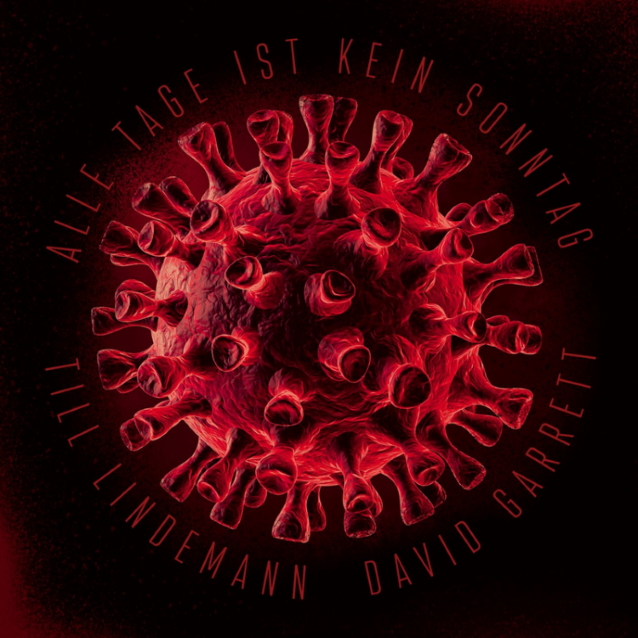