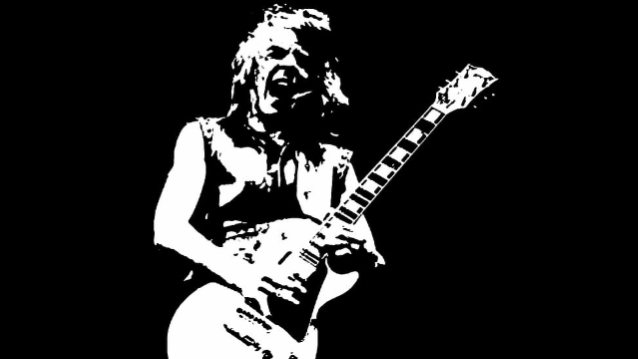 The family of Ozzy Osbourne's late guitarist Randy Rhoads has collaborated with Dunlop, a manufacturer of musical accessories, on a new Randy Rhoads Distortion Plus pedal, to be released in 2023.

The news of a new Rhoads pedal was shared by Randy's sister Kathy Rhoads D'Argenzio on Tuesday (December 6) via her Instagram. She wrote in part: "Today would have been Randy's 66th birthday and it seems like the perfect day to make a special announcement.

"We've been working with Jimi Dunlap and his team for quite some time now and we are happy to officially announce a Future 'Randy Rhoads Distortion Plus Pedal!'

"Jimi and his team recently came down to check out Randy's pedal board. For the first time in over forty years it was intricately examined, filmed, recorded, and documented at 'Musonia.' They have patiently awaited its return from the Rock and Roll Hall of Fame. (Randy always referred to it as 'The Chip Pan!!')

"Today seemed like the perfect day to celebrate all Randy did for Rock N Roll and guitar players around the World. Be on the lookout for this pedal, upcoming in 2023!! His Music lives on….."

In October 2021, Randy was posthumously inducted into the Rock And Roll Hall Of Fame. Rhoads received the Musical Excellence Award at last year's event, which was held at Cleveland, Ohio's Rocket Mortgage FieldHouse.