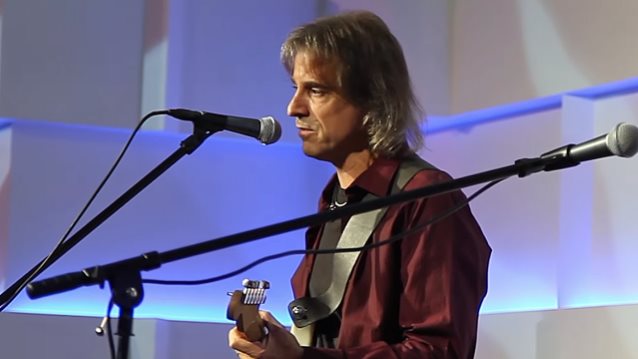 On April 25, Warren DeMartini of RATT took part in a special event at The Music Zoo in Roslyn, New York. Hosted by Andy Aledort of Guitar World, the night featured a conversation segment with Warren talking about his Charvel series, along with guitar demonstrations and a question-and-answer session. Check out video footage below.

The reunited RATT, featuring three members of the band's classic lineup — DeMartini, singer Stephen Pearcy and bassist Juan Croucier — has played several shows so far this year after reforming in 2016 in the midst of a highly publiced legal battle with drummer Bobby Blotzer over the rights to the RATT name. They were joined at the gigs by former QUIET RIOT guitarist Carlos Cavazo, who played on RATT's last studio album, 2010's "Infestation", and drummer Jimmy DeGrasso, who previously played with Y&T, WHITE LION and MEGADETH, among others. 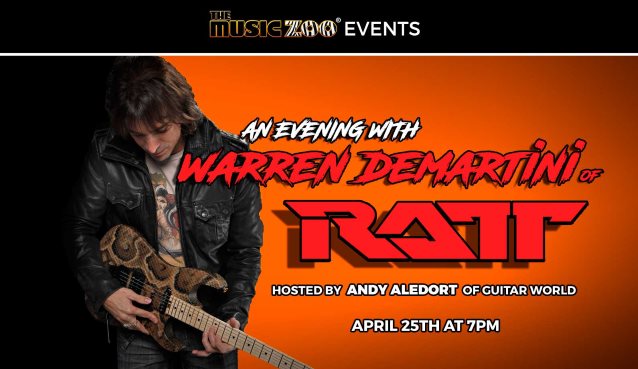