British/American metal trio RAVEN has announced the "Metal City" U.S. tour for later this fall. The trek will begin on October 20 in Louisville, Kentucky and run through November 18 in Brooklyn, New York.

RAVEN founder and frontman John Gallagher comments on the upcoming run: "After an 18-month COVID layoff, we had our first show back at the Alcatraz festival three weeks ago and we're firing on all six cylinders! Really looking forward to this U.S. run ... will be unveiling some more 'Metal City' songs and dust off a few classics! Also... if you don't see your city here — hang in as we may well be doing a second leg early in 2022!!!" 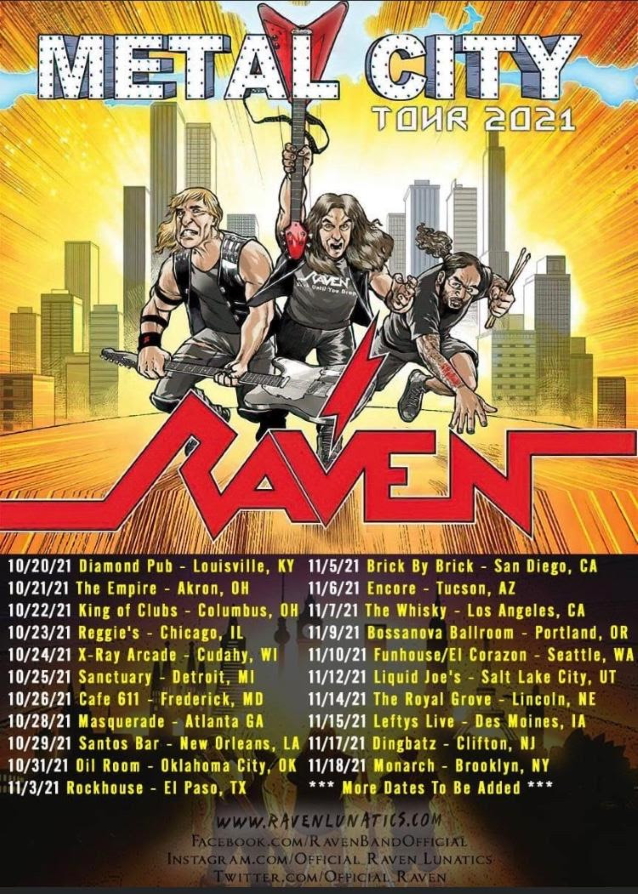