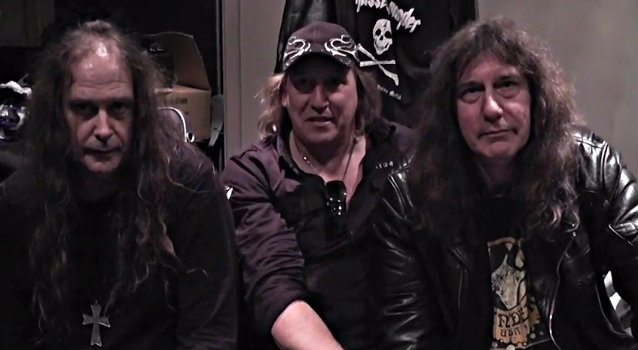 RAVEN To Open For METALLICA In Sao Paulo

Veteran British/American heavy metal trio RAVEN will open for METALLICA on March 22 at the Estadio Do Morumbi in Sao Paulo, Brazil. This will mark the first time the two bands have played together since the infamous "Kill 'Em All For One" tour in 1983.

John Gallagher, RAVEN's vocalist/bassist, stated: "This will be amazing!

"We met Lars [Ulrich, METALLICA drummer] at our October 2013 San Francisco show and when we saw our Brazil trip coincided with METALLICA's stadium shows in South America, we figured, 'If you don't ask, you don't get.'

"It's very gracious of them to give us the opportunity and we are ready to get out there and play to one of the craziest audiences on Earth!"

From the well-documented early days as NWOBHM (New Wave of British Heavy Metal) frontrunners, RAVEN's albums "Rock Until You Drop", "Wiped Out" and "All For One" virtually invented both the speed metal and power metal genres — during the trailblazing USA tours of the '80s introducing the States to "athletic rock" as well as giving opening acts like METALLICA and ANTHRAX their first tours, through the doldrums of the late '80s/early '90s when a grunge-obsessed media wrote off so many acts, RAVEN has consistently proved to be both survivors par excellence and in a genre of grim imitation shown that they are "the real thing". Where so many of their contemporaries have either faded creatively or become parodies of themselves, RAVEN have consistently pushed the envelope while retaining their unique sound and attack — both in the studio and in their true element: onstage!

RAVEN celebrated the 30th anniversary of its seminal album "All For One" by playing select dates dubbed "All For One Forever", during which they performed many tracks from the album, including some rarely or never performed live. Originally released in 1983, "All For One" was not only the band's breakout LP, it was also a massively influential slab of classic metal. The band's groundbreaking and high-energy approach was a vital element in the development of thrash. 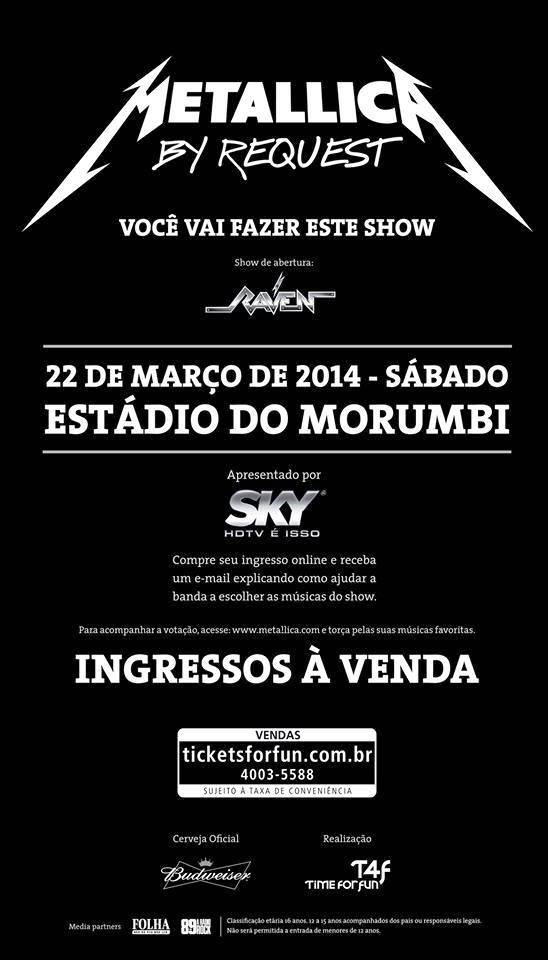