Read First Excerpt From OBITUARY's Official Biography 'Turned Inside Out'

Decibel Books recently announced the pre-order for "Turned Inside Out: The Official Story Of Obituary", and today Decibel has shared the first excerpt from this 328-page hardcover book authored by David E Gelhke ("No Celebration: The Official Story Of Paradise Lost", "Damn The Machine: The Story Of Noise Records"). The passage, which can be found at DecibelMagazine.com, takes readers back to the mid-'80s when OBITUARY's founding core of John Tardy, Donald Tardy and Trevor Peres were about to discover a sound that would change the course of death metal history.

Packed with hundreds of rare and never-before-seen photos, as well as a foreword from Max Cavalera (SOULFLY, SEPULTURA),the 328-page hardcover "Turned Inside Out: The Official Story Of Obituary" is exclusively available for pre-order now via decibelmagazine.com. Copies are expected to ship in early January. 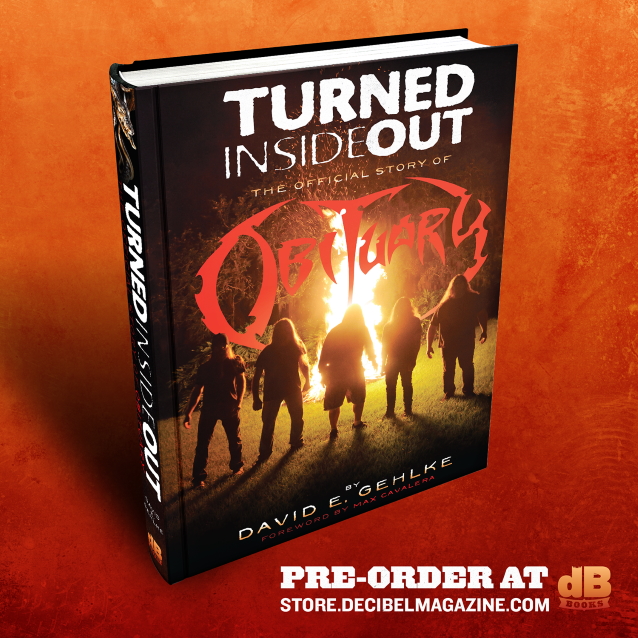 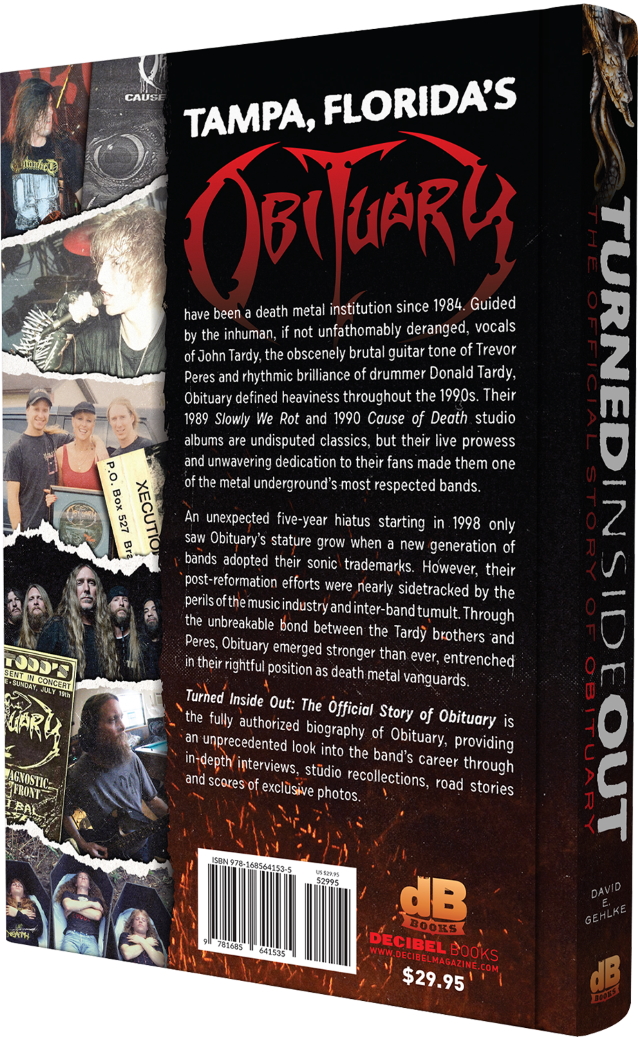 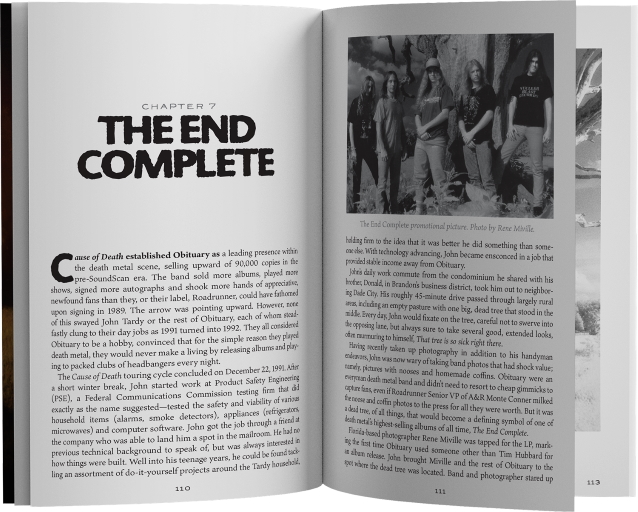