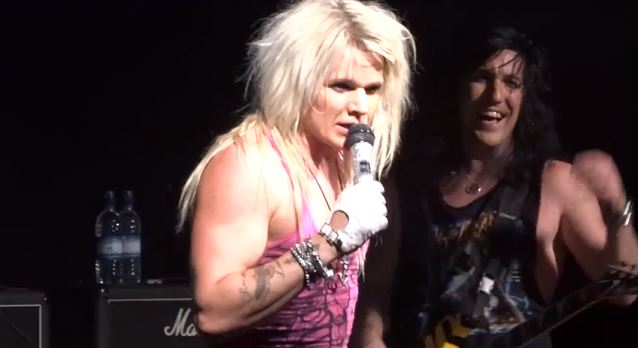 Quality video footage of RECKLESS LOVE's October 5 performance at Rock City in Nottingham, England can be seen below.

RECKLESS LOVE are the flamboyant Finnish rockers who burst spectacularly onto the U.K. scene in 2010.

The band's third album, "Spirit", was released on September 2 via Spinefarm Records (August 30 in Finland through Universal Music). Produced by Ilkka Wirtanen, and with mixing duties divided between Ilkka Wirtanen, Juha Heininen and Petri Majuri, the follow-up to 2011's "Animal Attraction" represents a bold step forward for RECKLESS LOVE, with the commercial aspects of the music pushed to new and heady heights, plus the heavier side showing some serious bite, with the wonderfully titled "Metal Ass" hugging the fast lane from first note to last.

Between these two extremes, RECKLESS LOVE delivers some of its most thoughtful, atmospheric and finely crafted songs to date — the likes of "Edge Of Our Dreams", "Dying To Live", "Runaway Love" and "Hot Rain".

The second single from "Spirit" is "So Happy I Could Die"; this follows on from lead track/video "Night On Fire"

RECKLESS LOVE plays exceptionally good rock n' roll. With its rousing and joyful attitude, the band offers a true alternative for today's rock scene where everything seems too dull, dark and serious. RECKLESS LOVE's formula is simple; big hard rock just for the fun of it!

The band was founded in 2001 and started to gradually gain underground reputation as an energetic live act. Eight years of small-scale touring, two lineup changes and four demos later, the group finally took its current form and found its own recognizable sound. 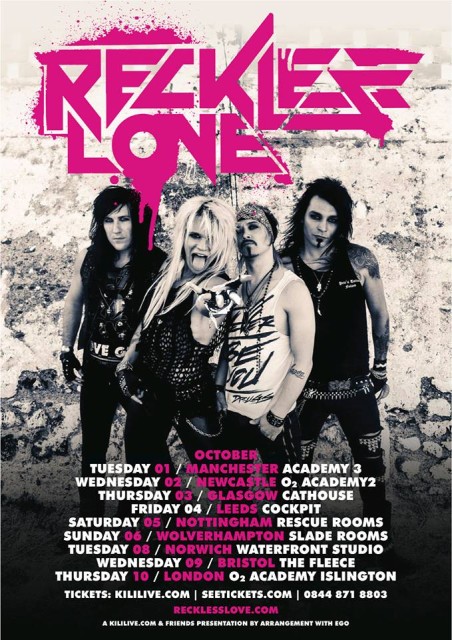