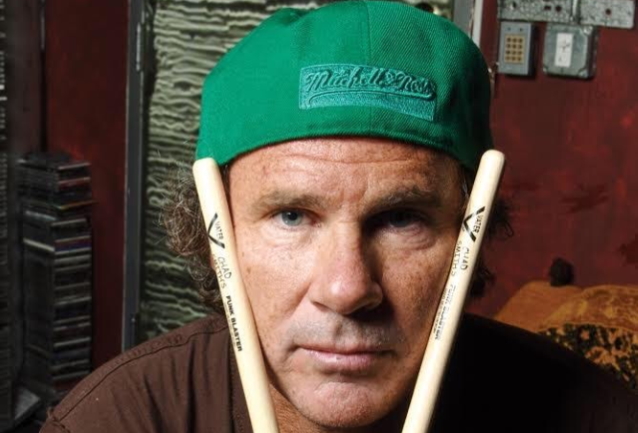 According to Realtor.com, RED HOT CHILI PEPPERS drummer Chad Smith has listed his house in Montauk, New York for $15 million. The gated property spans four acres and includes a main house with five bedrooms, 5.5 baths, and 4,750 square feet of living space. There is also a detached two-bedroom, two-bathroom guest cottage with its own entrance, as well as a kitchenette, and a heated saltwater pool in the backyard. Other notable outdoor features are a dining area, fire pit, and film screening area.

Smith and his wife Nancy also own a five-bedroom home in Malibu that they bought in 2006 for $8.6 million.

One of the most successful acts in rock history, RED HOT CHILI PEPPERS have sold more than 60 million albums, including five multi-platinum LPs, and won six Grammy Awards, including "Best Rock Album" for "Stadium Arcadium", "Best Rock Performance By A Duo Or Group" for "Dani California", "Best Rock Song" for "Scar Tissue", and "Best Hard Rock Performance With Vocal" for "Give It Away". The band was inducted into the Rock And Roll Hall Of Fame in April 2012.