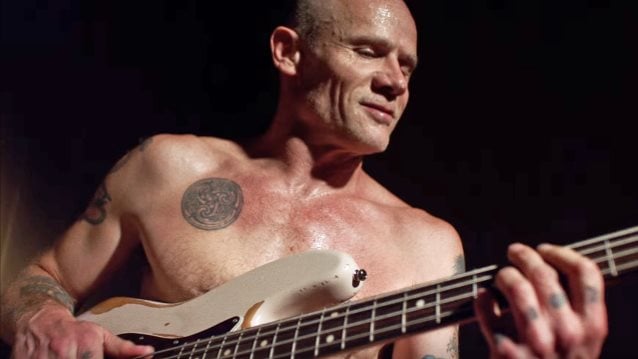 According to The Pulse Of Radio, RED HOT CHILI PEPPERS bassist Flea has slammed Clint Eastwood in a post on Twitter after the legendary 86-year-old actor and director called out what he described as the "pussy generation" over political correctness in a new interview with Esquire. Asked about the appeal of Republican presidential nominee Donald Trump, Eastwood replied, "He's on to something, because secretly everybody's getting tired of political correctness, kissing up. That's the kiss-ass generation we're in right now. We're really in a pussy generation. Everybody's walking on eggshells. We see people accusing people of being racist and all kinds of stuff. When I grew up, those things weren't called racist."

Flea responded on Twitter, "Hey Clint Eastwood count me in as a pussy as we aspire to evolve above racism."

Eastwood stopped short of endorsing Trump in the interview, saying, "He's said a lot of dumb things. So have all of them. Both sides. But everybody — the press and everybody's going, 'Oh, well, that's racist,' and they're making a big hoodoo out of it. Just fucking get over it."

The CHILI PEPPERS themselves were confirmed supporters of Senator Bernie Sanders's run for the Democratic nomination, which he lost to Hillary Clinton. The band played at least one fundraider for Sanders.

The CHILI PEPPERS' eleventh studio album, "The Getaway", arrived in June and debuted at No. 1 around the world.

The band will tour Europe for the rest of the summer and fall. North American dates are expected to begin in early 2017.