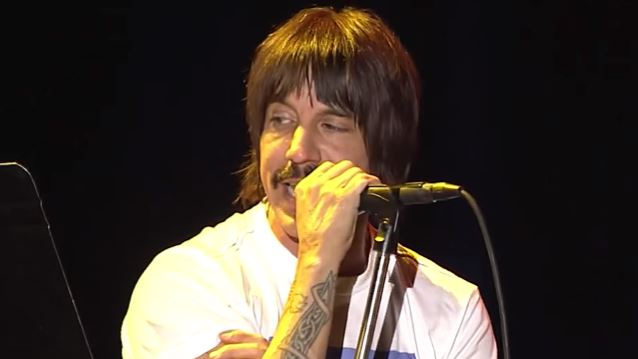 RED HOT CHILI PEPPERS frontman Anthony Kiedis says that he "feels good" a week after the band was forced to cancel two concerts because the singer was hospitalized with an intestinal flu.

"It was a painful and sad thing to have to cancel shows; we don't really do that," the 53-year-old singer told ET Canada. "I'd rather play deathly ill than not at all, but in this particular instance I was starting to go down to the ground. I got some help and now I've got to figure things out."

Anthony revealed that he had inflammation in his "guts" which, combined with a recent virus and existing scar tissue from hernia operations, led to complications. "That becomes an incredibly painful situation where you get a fever and pass out," he said.

Kiedis is now on the road to recovery. "I feel good — not great, but good", he said. "I think I had to get sick to take a look at myself and get to the causes and conditions of my overall health.

The singer added that his latest health scare has changed his outlook on how he lives his life. "I push pretty hard sometimes and I do take my health for granted on a certain level because I feel strong and capable," he explained. "I surf most days and I like to charge, but every now and then, the body is, like, 'You're doing something wrong. Either fix it or we're gonna let you know about it,' and I think that my body let me know that I had to change my ways a little bit."

The CHILI PEPPERS are set to close the Rock On The Range festival Sunday night (May 22) in Columbus, Ohio.

You can watch Kiedis's interview with ET Canada at this location.