RED HOT CHILI PEPPERS' 'The Getaway' Lands At No. 2 On U.S. Chart

RED HOT CHILI PEPPERS' eleventh studio album, "The Getaway", has topped the charts around the world. The heralded studio effort from the Rock And Roll Hall Of Fame inductees landed No. 2 on The Billboard Top 200, having shifted 118,000 equivalent album units in the week ending June 23. "The Getaway" debuted at No. 1 in Australia, Belgium, Ireland, Netherlands and New Zealand, with No. 2 debuts in the United Kingdom and Germany.

RED HOT CHILI PEPPERS frontman Anthony Kiedis stated about the band's decision to work with Wilde: "We received [her treatment] and it was very simple and it was about this dark and bruised side of these athletes, these female skateboard athletes and it was just easy and simple and we were trying to do simplicity." He added abut the experience: "I like it a lot. I like her a lot, I like the video a lot and I'd work with her again."

Wilde's only previous directing credit is a short film called "Free Hugs". Her acting resume includes roles on the TV series "Vinyl", "House" and "The O.C.", while her film credits include "The Lazarus Effect", "Her", "Tron: Legacy", "Rush", "The Change-Up", "Cowboys And Aliens" and many more.

CHILI PEPPERS bassist Flea told The Pulse Of Radio that "Dark Necessities" almost didn't become the first single. "I mean, I knew that was a good song," he said. "There was another one that was gonna be the first single and then we… Like, we already told the record company, 'Okay, we're gonna do this one,' and then we changed our mind and went to 'Dark Necessities'. But I'm glad we went with it. What I like about this record is that every song really occupies its own space, the songs don't repeat themselves, and that one was a great song. It's dynamic and it just feels great to play, you know. It has a real pull to it." 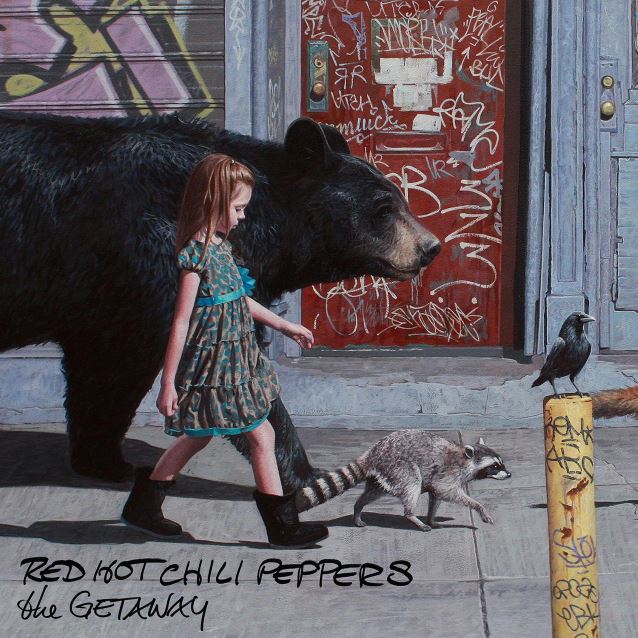