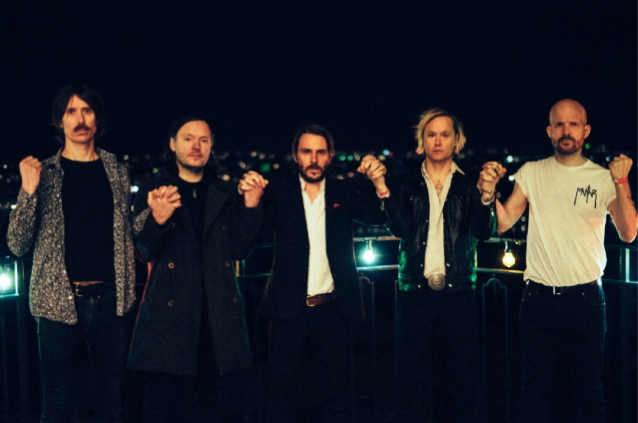 REFUSED Releases 'Born On The Outs' Video; 'The Malignant Fire' EP Due In November

Swedish rockers REFUSED will release new EP, "The Malignant Fire", on November 20. The effort contains four new songs and one album track, including "Born On The Outs", which can be streamed below.

Covering EDM legends SWEDISH HOUSE MAFIA's hit "Greyhound" might seem a bit out of the ordinary, but REFUSED crafted lyrics for the otherwise instrumental track, and along with the video, have become the architects of the REFUSED version called "Born On The Outs" in typical, catchy REFUSED fashion.

"Kris [Steen, guitars] has talked about the riff in the SWEDISH HOUSE MAFIA song 'Greyhound' forever, so we decided to give it our own spin," singer Dennis Lyxzén says. "[Drummer] David [Sandström] and I added some lyrics for this version, which we've called 'Born On The Outs'. Make no mistake though; this is very much 'Greyhound'. But with added lyrics about people who refused to take a side in the ongoing fight against fascism. So, you know, another ordinary REFUSED song."

As for the EP, Lyxzén shares: "There are certain traditions within the REFUSED camp and one of the sturdiest is the idea that after every album there comes an EP. This time, however, I think that we outdid ourselves. 'Malfire' is my favorite song of the record so it's more than fitting that we shine some extra light on that. This EP was supposed to be something that was released before a tour but in these weird times that tour never happened. However, this still a great EP that follows a great record. More than ever, we need music to lead the way when things are the darkest. Here's a little attempt from us."

Alongside "Born On The Outs" and "Malfire", "The Malignant Fire" EP is rounded out with three brand new songs from the band.

The EP will be available on all streaming sites, as well as on vinyl, which can be purchased here with some exclusive t-shirt bundle options.

Formed in Umeå, Sweden in 1991, hardcore-punk legends REFUSED are one of the most influential rock bands of the early '00s. Artists as diverse as LINKIN PARK, RISE AGAINST, STEVE AOKI, PARAMORE, THURSDAY, THE DILLINGER ESCAPE PLAN, BLINK-182 and AFI have been cited the band as being a fundamental influence on their musical styles. "The Shape Of Punk To Come" has become a cultural touchstone for the entire post-hardcore generation as the year zero of stylistic genre-bending — utilizing electronics, jazz and slick production for the first time, and their reputation tent-poled by politically radical lyrics and solidified by their energetic live shows to spread their message.

After a 14-year pause, the band reunited in 2012, playing much-anticipated shows like mainstream festival Coachella and were subsequently awarded the "Special Prize for Music Exports" by the Swedish Ministry of Trade in 2013. In 2015, they released their fourth studio album "Freedom", which was recorded with Nick Launay (NICK CAVE AND THE BAD SEEDS, KILLING JOKE),while also turning to Swedish pop/producer Shellback, whose credits include Taylor Swift and Britney Spears, for the lead single "Elektra". In late 2019, their fifth full-length studio album, "War Music", was released to massive critical acclaim. 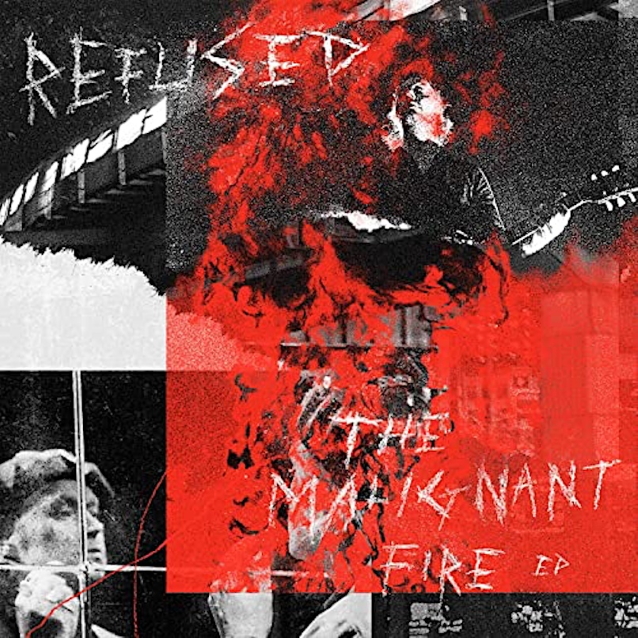