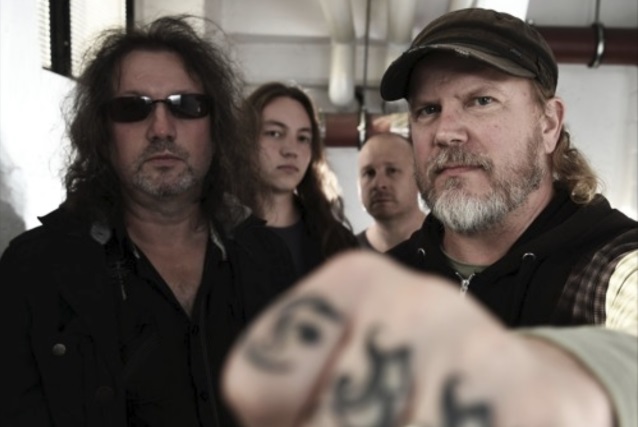 Audio samples of the tracks that will appear on the upcoming album can be streamed using the SoundCloud widget below.

Waldemar told BLABBERMOUTH.NET last September: "This is not a reunion. I wouldn't say I am an enemy of reunions, but in most cases, it seems pointless to me to share a stage with old man trying to play old songs i think about old good times.

"I got the idea to re-write the whole album with chosen original parts and remake to modern songs how I would play them today. After the first try, I was surpriced how great it sounds, so I continued.

Freiwald joined German thrash metal veterans SODOM in December 2010 as the replacement for Bobby Schottkowski. Freiwald was fired from SODOM in January and was replaced by Stefan "Husky" Hüskens (ASPHYX, DESASTER)